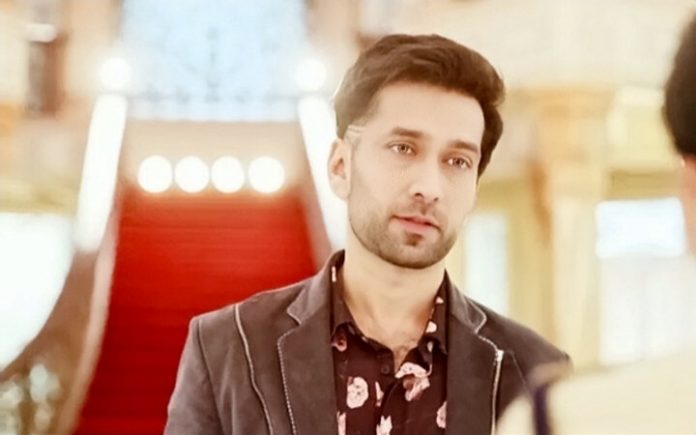 Ishqbaaz Upcoming Shivaansh secret surprise. Shivaansh meets the inspector and informs about the new lead in Shivay’s murder case. Inspector tells him that PK is the murderer and they will try to solve the case. Shivaansh doesn’t know if the incident memories are true. Inspector assures to reopen the case and look for PK. Sahil tells Varun that Mannat is close to Shivaansh now and she won’t help them now. Varun is sure that Mannat is in their control. Varun reveals about PK who is in his captivity. Sahil threatens PK/Pramod and asks him to accept the murder blame if he wants to save his daughter. Mannat is asked to divorce Shivaansh. She gets compelled by Varun who is ready to kill Shivaansh. She has to save Shivaansh’s life.

She has always kept the relation by all her heart and soul. She finds hard to end the relation. She gets terrified with the thought of getting separated from Shivaansh. She wishes that something happens that stops this bad fate. Meanwhile, the family enjoys pulling Shivaansh’s leg by taking Mannat’s name. They want him to admit that he can’t live without Mannat. Shivaansh doesn’t accept his feelings for Mannat. He heads to a party to prove that he can live without Mannat. He is sure that he won’t think of Mannat.

He gets to see Mannat in every girl and gets puzzled with his new found realization of love. Shivaansh wonders if he is really in love with Mannat. Sahil tells Mannat that he will ask Shivaansh to value her. Shivaansh finds Mannat in trouble and manages to rescue her life. Shivaansh and Mannat have a romantic moment build up. Shivaansh scolds her because of his love. He apologizes to Sahil. Sahil realizes Shivaansh has fallen for Mannat. Shivaansh gets to see Mannat’s scrap book. He learns about her dream and plans a surprise date for her. Moreover, Sahil and Varun threaten Mannat about killing her dad.

She gets forced to sign the divorce papers. She gets Shivaansh’s surprise gift and gets decked up to go for the date. Her dilemma intensifies. She doesn’t want to hurt Shivaansh. She can’t even risk her dad’s life. She fights with her dilemma. Shivaansh gets mesmerized with Mannat’s new look. He tells her that he is taking her on a date. They share moments of joy. She gets emotionally high when she visits the five star hotel. Shivaansh makes sure that she lives every moment and enjoys her time. He makes her feel special.