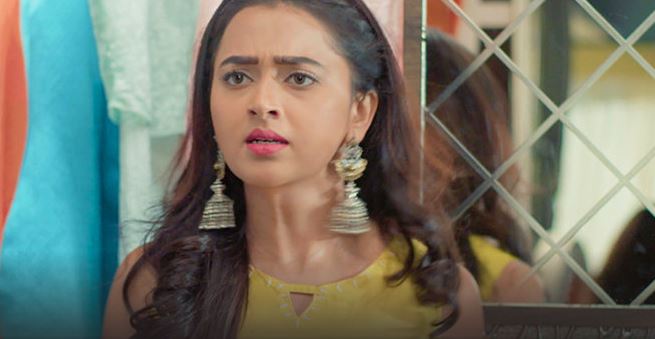 Silsila Mishti Ruhaan met before, which isn’t known to Veer. Arnav tries to propose Pari by putting a ring in the drink. Sukamini helps him. Pari gets choked by the ring. Ruhaan finds her needing help and saves her life. Pari develops a soft corner for Ruhaan. She starts liking him more. She thinks she is developing feelings for Ruhaan. Arnav tells Pari that he didn’t know what Sukamini has added in the drink. Pari gets upset with him. Arnav tells Sukamini that Pari nearly got choked by the ring. Veer and Ruhaan share few drinks. Veer wants him to get married as well. Ruhaan tells Veer that he doesn’t want to commit so soon, until he is very much sure. Veer tells Ruhaan that he will never snatch Mishti’s freedom even after their marriage. He is sure that Ruhaan will marry soon if he finds a girl like Mishti. Mishti gets jitters when Ruhaan flirts with her.

Mishti dislikes Ruhaan. Pari thanks Ruhaan. Veer introduces talented Pari to Ruhaan. Pari asks Ruhaan to click some good pictures of her hardwork. Ruhaan and Pari connect instantly. Pari gets smitten by his charm. Ruhaan feels bad as he got mistaken about Mishti and Pari before. Pari gets friendly with Ruhaan. Mishti doesn’t want Pari to talk to Ruhaan. Pari tells Mishti how Ruhaan has saved her twice.

Mishti has a different perception of Ruhaan. She corners him and asks his motives directly. Ruhaan is taken aback by her questions. He tells her that he will marry if he gets a girl like her. She warns him to stay away and not reveal anything about the kiss. She clears that it was her Bua’s dare which she fulfilled. She doesn’t have any interest in him. She gets blunt to hurt his heart. Ruhaan falls in love with the moment when Mishti scolds him. Ruhaan stops Mishti from checking his camera. She apologizes to him. She tells him that her opinion about him changed with their second meet. She finds him a caring person. Veer looks out for Mishti. Veer tells Ansh that Ruhaan will be staying with them as PG.

Mishti doesn’t like this idea. She opposes Veer’s idea, knowing this can crop many problems in their lives. She tries to talk to Radhika while Ruhaan clicks their family pictures. Radhika asks Mishti what’s her problem with Ruhaan, who is Veer’s best friend. Pari finds Ruhaan a nice guy and wants him to stay with them.

Radhika asks Mishti to let Ruhaan stay for a while until he finds another accommodation. Radhika feels the extra earnings is also a good factor. She tries to convince Mishti. She lies to Veer that Mishti has no problem with this. Arnav also has a problem with Ruhaan’s stay at home. He tells Pari that he can come home to give company to them. Mishti wants Pari to understand her. She vents out anger. She predicts the future and tells Pari that everyone will regret for keeping Ruhaan as PG. Radhika needs help and reaches Pari. Ruhaan reaches Radhika’s house to settle down. Ruhaan stays influenced by Mishti’s presence. Pari senses Mishti’s dislike for Ruhaan. Ruhaan learns Mishti’s objection to his stay and doesn’t seem to be much affected. He stays in his dreamy world with his love at first sight, Mishti.