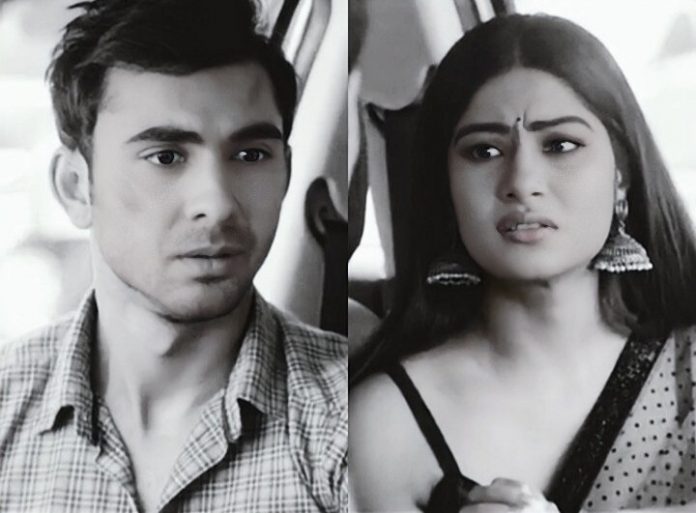 Yeh Hai Mohabbatein Shocking Penalty. Yug acts like a great figure in front of Aaliya when he talks of making the big sacrifice and moving out of the house to live alone, away from Bhallas. Aaliya doesn’t want her Adi to leave her and go away. She can’t bear the separation with him again. She declares that she will leave the house and not return ever. Yug plays a drama and tells Ishita that he will not come back until she calls him back. Raman understands his drama and asks him not to leave the house. Yug plays unfair once again. This time, Raman gets clear of his intentions that he wants to play with their emotions. Ishita asks Aaliya and Yug to stay back in the house. She tells Aaliya that she will accept Yug for her sake. Aaliya gets glad to hear this.

Ishita and Raman plan to take an initiative against Yug. They meet Mani and reveal how Aaliya is turning into a rebel because of Yug’s drama. Ruhi feels sorry for Aaliya. She wants to throw out Yug soon.

Ishita suggests a plan. Raman asks Mani to stay with them and try to limit Aaliya. Ishita tells them that they have to find a permanent solution to the problem and expose Yug so that he falls in Aaliya’s eyes. Raman tells Ishita that he will trap Yug in the plan. He plans to act innocent in front of Yug and win his trust. Meanwhile, Yug calls Karan and informs him how he pulled a great drama and convinced Ishita. Karan is sure that Yug will manage, but warns him against clever Ishita. He suggests Yug to marry Aaliya so that his relation gets legalized. Sudha gets happy with Karan’s plan. She wants to get Rohan married. She is happy that Rohan will be heartbroken witnessing Yug and Aaliya’s marriage.

She applauds Karan for his brilliant plan. Aaliya thanks Ishita for turning kind and loving towards Adi. Yug soon falls in their plan and hides the worries from Aaliya. He tells Aaliya that he is planning a surprise for her. Raman and Ishita ask Mani to follow Yug and not let him know their plan. Raman goes to take Yug into confidence. Yug tries to seek help from Karan. Raman offers him help by showing his understanding side.

He asks Yug to share his problems by trusting him once. Yug hides the tensions and lies about the surprise plan. Raman fails to win his faith. He tells Ishita that Yug didn’t ask him for money to help his relatives. Ishita also attempts to trap Yug in the greed trap. She hands over Aaliya’s jewellery to Yug, thinking he will sell it off and save his uncle’s house. Yug gets framed by Ishita when Yug picks the jewellery bag.

Ishita hurries up and exposes Yug’s true face. She asks Aaliya to believe them. Yug takes Aaliya into confidence and turns the tables. Aaliya defends Yug. She fights with Bhalla family. She loses her mind and bursts her anger on them. Yug realizes Aaliya is getting affected by the tensions. Ruhi informs Mani how their plan flopped. Mani informs Rohan about Aaliya’s sickness. Bhallas get Aaliya treated. They wish Aaliya stays fine. Doctor suggests them not to stress Aaliya. Yug overhears the doctor’s strict advice and feels bad. He feels as if he is penalized for his lie. Will Yug realize his mistake? Keep reading.