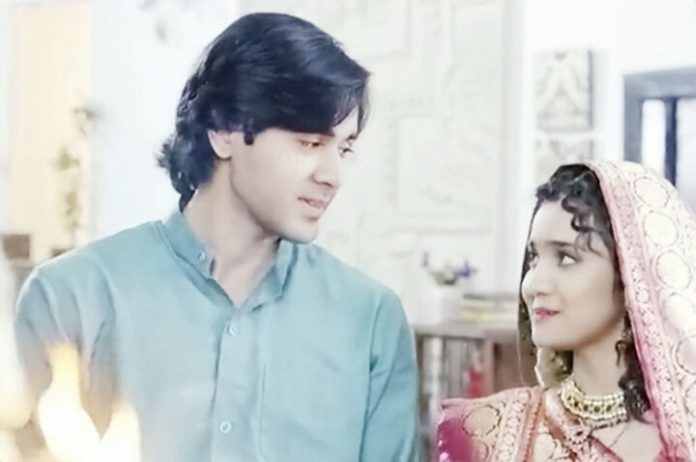 Yeh Un Dinon Ek Thi Rani Shakti: Rivaaj tells Rani that she can’t make Rukmani against him. Rani asks him to give respect and love to Rukmani which she deserves. Shivraj asks Rivaaj to handle his married life. Rani is getting closer to Raghav by her heart. Mama gives juice to Raghav. Raghav refuses and says something happens to him after drinking it. Rani drinks half of the juice and asks him to drink too. Rivaaj makes glass fall down. Premlatha and Rivaaj get worried thinking their conspiracy will be exposed. Rani feels drowsy after drinking juice and realizes there is something for sure in it. She thinks Premlatha and Mama’s conspiracy towards Raghav and faints due to the drug’s effect. Rivaaj brings toys for Raghav and gets an injection saying it will be used on someone. Rani gets doubtful.

Yeh Un Dinon Ki Baat Hai: Sameer feels guilty for making Naina getting scolded by Chacha ji Anand. He tells her that he knows where her mangalsutra could be, and says it must be inside her clothes. Naina says she searched everyone, inside and outside. Sameer asks why she is not understanding and signs at her clothes. Naina checks her mangalsutra. She finally gets her mangalsutra. Sameer apologizes to her for not respecting her wishes and feelings. Sameer plans to make up to Naina by planning a surprise.

Jhansi Ki Rani: Gangadhar fulfills the waagdaan rasam and makes Manu wear bangles. Janki tells Ross that she thought he will kick Manu out, but he brought Krantikari there. Ross tells her that she will get trapped by her own trick. He tells Gangadhar to permit him to hang the assassins. Gangadhar gives them permission. Manu feels Britishers want to trap Bharat using the krantikari and thinks to do something. Ross declares Manu as Krantikari and arrests her.

Roop: Roop’s changed behavior is troubling his mother, sister and wife. Ishika tries to talk to Roop and says you are changed now and hurting your mum. She asks did you see Papa’s condition as he drinks daily. Roop says he doesn’t want to discuss anything with her and have no time to talk to her. Ishika is shocked.

Shakti: Inspector tells that the court will decide who will get Soham, a kinnar or Soham’s father. Harman and Soumya are shocked by Nani’s death. They do Nani’s last rites. Harman beats up Sukha and calls him Nani’s murderer. He leaves the decision in Soumya’s hand asking her to decide what she wants to do. Soumya tells that even she used to think that she has a cursed life, but the family members have stood like a shield for her and is ready to sacrifice their lives for her, and says that’s why her life can never be cursed. She tells that she will fight for her right and identity. She will fight for her motherhood and Soham.