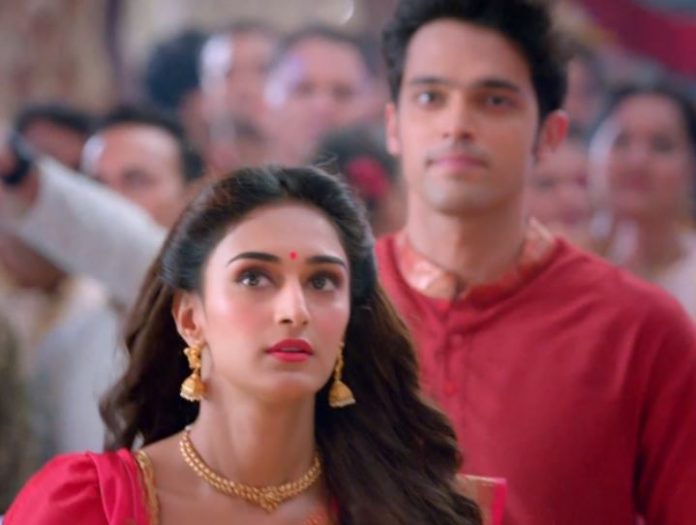 Star Plus Upcoming Hits Kasautii Zindagii Kay: Mohini comes up with a solution and asks Komolika and Anurag to head for their honeymoon, so that Prerna learns a lesson. Komolika shows her faith on Mohini. Nivedita doesn’t want Anupam to favor Prerna or her family. She tells him that he doesn’t know what Mohini has planned for Komolika. He tells her that even she doesn’t know what is Anurag planning against Komolika. He doesn’t get instigated and fools her by concealing Anurag’s name. She insists him to tell her who is planning against Komolika. Anurag stays concerned for Prerna. Nivedita informs him about Mohini’s illness. She emotionally blackmails him and supports Mohini, who wishes to get happiness in the house. Mohini convinces Anurag for going on honeymoon to send him away from Prerna.

Mohini is sure that Anurag will fall for Komolika, once Prerna stops troubling them. She asks them to go for a change. Anurag thinks its a right chance to go with Komolika, so that he can irritate her further and make her end the marriage. He doesn’t show any objection since he has to protect Prerna. He tells Komolika that he wants to go with her. This brings happiness for Mohini. Komolika gets surprised seeing the good changes in Anurag. She didn’t expect him to fall for her so soon. She gets bowled over by his charm.

He tells Komolika that he will make the preparations for their trip. Komolika gets overjoyed and grateful to Mohini. Anurag conceals his planning from Komolika. He aims to defeat her and get rid of her. He unknowingly gets into a moment with Prerna. He loves Prerna a lot. Prerna hides her feelings behind her hatred. He wants to keep her away just to protect her. She doesn’t want to love him, since he has become her enemy now. Anurag shares his big step of the plan with Anurag.

Komolika shocks Prerna with the news and tells her that Anurag is taking her on honeymoon. Prerna challenges to stop their honeymoon at any cost. Komolika asks her to go ahead and do anything she can to stop her husband. She feels winning the game. Prerna gets worried seeing Komolika’s confidence on Anurag. Komolika asks her to accept the fact that Anurag has accepted her as his wife. Anurag acts good towards Komolika and expresses love for her.

Krishna Chali London: Shukla returns home safely. Krishna meets Lali. Lali asks her to think about Veer, who risked his life for her sake. She asks her to value Veer’s feelings. Shukla is glad that he got saved and also got his family back. Krishna doesn’t want to meet Shukla family. Veer’s mother objects to Veer and Krishna’s friendship.

Sunaina doesn’t want Veer to get troubled more by his enmity with Shukla family. She warns him to stay away from Krishna. She doesn’t understand why Krishna is becoming special since she was his enemy some time back. She seeks help from Shivani. Sunaina tells Shivani about Krishna and Veer’s fights that initiated in London. Krishna gets disturbed thinking of Veer and tries to check on his health. Veer behaves rude with her, which leaves her puzzled. He doesn’t want her forgiveness now and shows attitude again. Veer and Krishna have a moment while she tells him that she doesn’t want him to stay away. Veer’s dream of romancing Krishna makes him worried. Krishna’s family stays worried for her future.

They want to see her happy again. Sunaina wants Veer to resign from the hospital and then marry Shivani, who holds the London citizenship. She asks Veer to marry Shivani so that he can get back to London. Veer doesn’t agree to marry Shivani. He doesn’t want to take advantage of Shivani for going to London. He refuses to Shivani’s offer. He also clears that he doesn’t love Krishna. Krishna agrees to her family who try to keep her occupied in some work. Shivani has other plans to trap Veer.