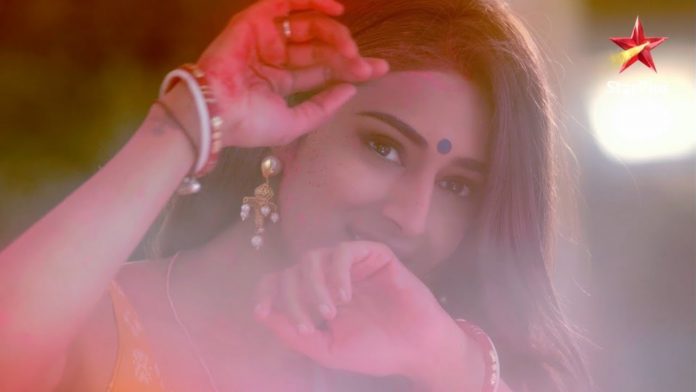 Star Plus Upcoming and Hits Kasautii Zindagii Kay: Ronit gets stalking Shivani once again. He doesn’t get over her love. Anurag feels happy for the way Prerna has answered everyone in his family, and especially Komolika. He didn’t imagine that the girl who needed his help always, Prerna will turn out to be such a brave girl. He admires Prerna’s new avatar. Komolika decides to seek her dad’s help in tackling Prerna. Anurag fears that she will harm Prerna. He stops her smartly and asks her to let him handle Prerna. He proves that he is on Komolika’s side just to win her faith. He asks her to rely on him than her dad, since he is with her now. Elsewhere, Shivani feels like she is being stalked by someone.

She doesn’t know the person’s identity and tries her best to avoid. Ronit forcibly confesses love to her and tells her that he wants her back in his life. Shivani has no interest in him, knowing his family background. She ends ties with him. Ronit wants Shivani to return to him at any cost. He gets crazy after her. Komolika wants to insult Prerna and annoy her more. She finds Prerna waiting at the car. Prerna arranges a car for them. Anurag thanks her. Mohini wants to know what is Prerna planning. She tells Nivedita that they have to throw out Prerna in Anurag’s absence.

Prerna grows suspicion in Komolika’s mind so that her trip gets spoiled. Prerna gets affected by Anurag’s silence and his inclination towards Komolika. She reminisces the time spent with Anurag. She gets heartbroken. Komolika fails to enjoy her journey, while thinking of Prerna’s move. The car breaks down and invites more troubles. The driver informs Prerna about their plan working. He insists Anurag and Komolika to push the heavy car if they want to reach the resort soon. Komolika understands Prerna’s game and doesn’t want to lose. She agrees to push the car only to fail Prerna. Komolika loses out and gets raging on Prerna for planning such low level thing. Anurag fakes his wrath on Prerna to control Komolika’s madness.

Krishna Chali London:
Shivani gets a plan on her mind. She fools Veer and gets him for dinner at the hotel, where she has already booked a suite to spend the night. She thinks of spiking Veer’s drink to get close to him. She lies to Veer that she is leaving in the morning for London. She tries to get his sympathy. She tells him that they will always be friends. She tells that she respects that he has moved on with Krishna and she has no objection with his new relationship. She wins his trust while speaking good of Krishna and him. He thinks Shivani is ready to move out from his life. She gets him drunk.

Veer tells Shivani about Krishna, who isn’t convinced by his series of apology. Shivani waits until Veer gets totally drunk. Shivani traps Veer in her plan. She learns that Veer has left from the hotel while she was away. She doesn’t want Veer to fail her plans. Veer goes to meet Krishna at her house. He drives with difficulty and finally makes it to reach her place. Krishna finds him drunk and tries to stop him from creating any scene in her locality. Veer expresses his concern and care towards Krishna. He tells her that he has just come to talk to her, this time not to get her forgiveness, but to confess love to her. Veer tells her that he doesn’t want to demean anyone. She worries for the locality people watching the drama and defaming her family. Veer tells her that he has come to propose her for marriage.

Krishna gets into mixed emotions with his sudden proposal and love declaration. Veer confesses his love for Krishna in front of everyone. Krishna doesn’t accept his love. She instead slaps him publicly and asks him to leave. He is still sure that she loves him. Krishna denies to have any feelings for him. Veer tells her that he has done the same thing and kept his feelings suppressed, and still he had to admit this today. He helps her realize her feelings and their connection. He tells her that they have met since they are made for each other. Veer’s feelings doesn’t get acknowledged. He challenges Krishna to prove that she doesn’t love him.