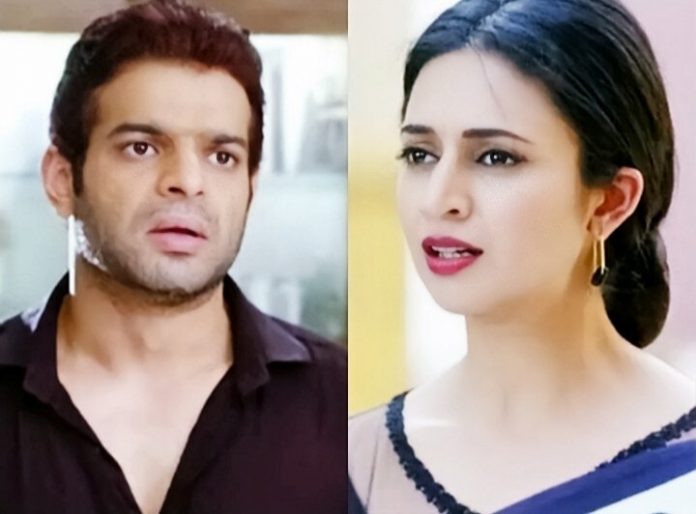 Yeh Hai Mohabbatein Raman Ishita face new trouble. Yug helps Aaliya in her project. Ishita doesn’t want them to go out anywhere. Aaliya tells her how much Adi is helping her. Ishita wants to spend time with Aaliya. She invites Shagun home. She learns Shagun isn’t free. Yug tells them that they will play some games and enjoy. Aaliya stays happy and normal. Ishita gets relieved and positive about Aaliya. Aaliya wants to go out somewhere and have a fresh air. Ishita worries for her safety. She wants Aaliya to play games and be occupied. Aaliya tells Yug that she isn’t ill, that Ishita is caging her. She wants to have her normal life. She doesn’t understand why is everyone changing their behavior. She turns angry. Yug agrees to take her out by hiding from the family. He goes against Ishita and takes Aaliya out.

Aaliya enjoys the long drive and movie. She is thankful to Adi for understanding her feelings and bringing her out. Ishita wants to check on Aaliya. Yug tells her that Aaliya is fine. She tells him that she is coming home. He finds Aaliya missing. He looks for her. He gets a huge shock when he finds Aaliya in trouble. Aaliya seeks his help. He asks her where did she go and why.

Aaliya tells him that she wants help for someone else. He can’t understand why Aaliya is trying to help an imaginary person. Yug doesn’t see anyone. He gets scared when he finds Aaliya abnormally talking to no one. He gets jitters and goes away to call up Ishita. Ishita learns that Yug and Aaliya have sneaked out. She is angry that Yug lied to her and took Aaliya along. Aaliya tells Yug that he should console the sobbing woman. Yug gets speechless watching Aaliya’s abnormal state. He asks Ishita to come to their location right away. He fails to convince Aaliya to come with him.

Aaliya wants to help the imaginary person. She tells Yug that she can’t leave the woman alone and wants to help her at any cost. Yug doesn’t understand what to do and how to handle Aaliya. Ishita wants to know if Aaliya is fine. He tells her that Aaliya is in front of him, but she isn’t fine. Ishita and Raman rush to meet Aaliya and help her, sensing that she is in trouble. Aaliya tells Yug that the woman isn’t wanting to go to the police station. Yug asks her to come home with him and leave the woman.

Aaliya doesn’t want to leave the woman alone, since the woman’s husband has left her. She worries for the woman’s security. Yug didn’t wish to put his love Aaliya in this state. He didn’t enter her life to put her in mental trauma. She asks him to go and call the police, until she stays with the woman. Yug goes crazy watching her. She gets violent and hurts him. She wants him to understand the woman’s need for help. She calls him selfish. She gets into a fight with him. She gets on insulting him.

Raman and Ishita face the big shock when they see Aaliya’s mentally unstable state. Aaliya goes mad on Adi for calling Ishita. Aaliya tells them that she wants to help the woman. Ishita can’t understand why Aaliya is hallucinating much. Rohan accuses Yug for Aaliya’s state. He holds Yug responsible for Aaliya’s mental trauma. Raman chooses Yug over Rohan, thinking of Aaliya’s fragile mental state. Raman and Ishita have to tackle Aaliya’s problem in a sensitive way while protecting her.