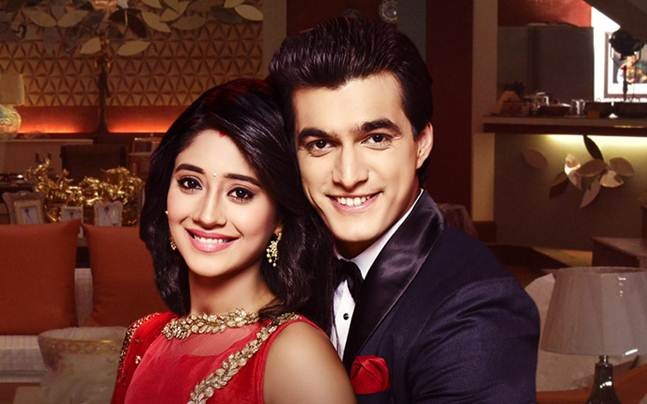 Yeh Rishta Kya Upcoming Shockers. Kartik and entire family get surprised when Naira tells him that she loves him a lot. She accepts that Kartik lied to her for a reason, but understands his reason that he loves her. She asks Naksh to listen to her and understands that Kartik isn’t wrong, Kartik didn’t give her any tension when he met her as Siddharth. She tells them how Kartik has stayed as Sid for her and took care of her, without having any expectations from her. She reveals how Kartik never met her family so that he doesn’t hurt them. The family learns that Naira isn’t aware of the entire truth, that Kartik is her husband. Naira feels Kartik is Kirti’s brother, and maybe not on good terms with Naksh. She doesn’t remember that Kartik is her love, her husband and her world. She just feels she loves Sid, and doesn’t care if he is Kartik.

Naksh doesn’t want her to go to Kartik. He stops Naira from accepting Kartik, since she doesn’t remember Kartik’s lies and their past. He wants her to get her memories first and then decide about Kartik. Naksh behaves rude with Kartik. They both get into a fight for Naira. Kartik gets angry when Naksh crosses his limits and slaps him.

This brings tension between both the families. They don’t want Kartik and Naksh’s fight to turn ugly. Kartik tells Naksh that he loves Naira, and none can punish Naira for her love. Naksh asks him to tell her the complete truth if he is so sure about their love. Kartik apologizes to Naksh. Everyone requests Naksh not to separate Kartik and Naira.

They understand Naksh’s concern and wants him to understand Naira’s true love for Kartik. Naira feels sorry for Naksh, who is blamed by everyone. She doesn’t want anyone to fight. She apologizes to Naksh. Naira tells Naksh that she loves Kartik and feels a special bond with him. She explains that her heart longs for Kartik since she met him. Naksh decides to support her wish and tells her that he will talk to Kartik. He promises that he won’t come between them again. He keeps his ego aside and talks to Kartik. They both make an apology and talk about Naira’s future. Naksh realizes that Kartik is the reason for Naira’s happiness. He lets Kartik and Naira to unite on the condition that Kartik tells her the complete truth.

Kartik doesn’t have any courage to tell her the truth. Naksh asks him to not let her know anything from someone else. He tells him that he isn’t afraid now since Naira is in safe house. He asks Kartik not to break Naira’s heart, if he hides things again then matters can get worse in future.

Mishti and Kuhu help Kartik and Naira in meeting once. They also ask Kartik to tell the truth to Naira. He takes up everyone’s advice. Naksh apologizes to Kirti for his mistake. He wishes everyone understands his love and worries. Kartik meets Naira to tell her the truth. Everyone convinces Naksh to accept Kartik and Naira’s relation. Goenkas want Naira to accompany them.

Goenkas don’t want Kartik to remind the bitter past to Naira, which can ruin their relationship. Naksh thinks otherwise. Kartik fights with his dilemmas. He promises to always love Naira and never hurt her. Naira gets happy with his cute vows. Kartik loses courage and hides his truth once again, only for the sake of her happiness. He wants Naira to always stay happy.

Goenkas want Kartik to come home soon. Everyone congratulates Kartik and Naira, and reveal that they have fixed their wedding. Kartik is afraid of Naksh’s reaction. Manish tells Kartik that Naksh has accepted the elders’ decision. Naira gets happy to marry Kartik, unaware that he is her husband. Kartik and Naira have a new journey ahead. They are happy to get remarried. Kartik decides to seal the past and have a fresh start with Naira. Will Naira learn the hidden truth of Kartik and her past? Keep reading.