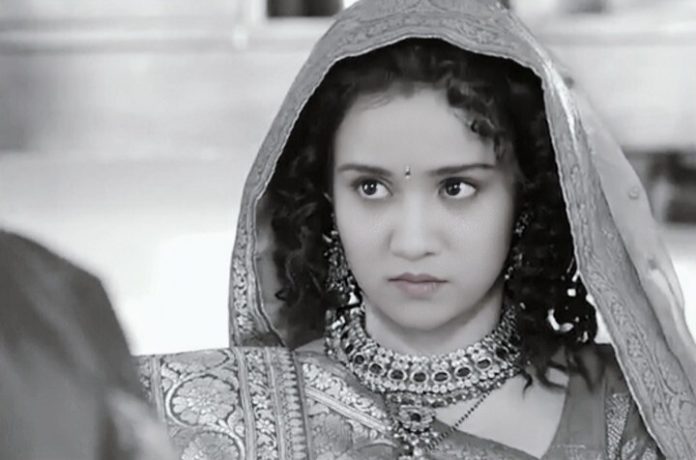 Yeh Un Dinon Honeymoon track: Sameer and Naina have come on their honeymoon. They spend quality time. Naina does silly things and spoils his mood once again. He tells her that he didn’t come on honeymoon to fight with her. She gets arguing with him on petty things. She plans to attend a party. She doesn’t select a good dress. He doesn’t like her dressing sense. He wants her to dress up well. He jokes on her sensibility and selects a dress for her. They get into an awkward moment.

Naina tells him that she will wear the clothes of his choice. He doesn’t like her traditional clothes. He disapproves all the dresses. He asks her to wear something peppy. He likes a party wear gown for her. He asks her to wear high heels. Naina tells him that her feet are really aching because of high heels. She wears flat shoes and goes for the party. Sameer’s mood gets spoiled once again when she becomes a joke in the party because of her odd shoes.

Ek Thi Rani: Rivaaj plans revenge from Rani and adds drugged medicine in the Prasad and asks Mama to give it to Rani. He gets furious about his insult, which actually happened due to Premlatha and his mama.

Rajaa Beta: Vedant comes home with Purva after getting freed from fake molestation charges and gets the real culprits Agarwal and Chokas caught by the Police. Ramesh who is the mastermind of all the conspiracy gets saved from Police and don’t get exposed too. Dadi asks Manjula to do aarti of Purva. Radhika brings the aarti plate and keeps the plate on the floor while setting Purva’s saree. Purva’s pallu catches the fire. Vedant sets off the fire with his hand. Purva gets touched by his gesture. Dadi welcomes them with an aarti. Gomti taunts Purva saying inauspicious thing happened just as she entered the house. Purva gets upset, but Vedant gives a good reply to Gomti relieving Purva’s sadness.

Sitara:
Sitara gets a big challenge from Vrinda. Sitara is troubled being a Vishkanya. Sitara and Viraj have a cute moment. They get close. They have a sweet talk. Sitara tells her that he has to keep patience and work hard if he wants her love. When Viraj goes missing, Sitara suspects Vrinda and goes to confront her. Vrinda hurts Sitara and asks her not to feel she is weak. She teaches a lesson to Sitara. She asks Sitara to find Viraj if she can. Sitara threatens to ruin Vishlok and Vishkanyas. Vrinda asks her to go ahead and do anything she wants.

Dil Toh Happy Hai Ji:
Rocky falls for Happy. He confesses his love for Happy by singing a song during the Holi celebrations. They have cute moments, when they get inebriated by Bhaang. Rocky finds happiness with Happy. He wants her to stay happy too. His family feels Rocky is in love with Happy, but doesn’t want them to get married. Sania takes a disguise and enters the party to hurt Happy. Rocky will protect Happy from Sania’s madness. Sania is evil-minded and wants Happy out of Rocky’s life.

Krishna Chali London:
Krishna has feelings for Veer, but doesn’t want to accept it. Veer has found a unique way to make Krishna realize her feelings. He shows her the engagement ring and proposes her for marriage. He tells her that he loves her a way and wants to marry her. He asks her if she will accept him. Veer plans the proposal. When she rejects the proposal and scolds him, he tells her that his proposal was for Shivani. Veer then proposes Shivani after the rehearsal with Krishna. He makes Krishna jealous. He makes Shivani wear the ring. Shivani accepts his proposal and hugs him.