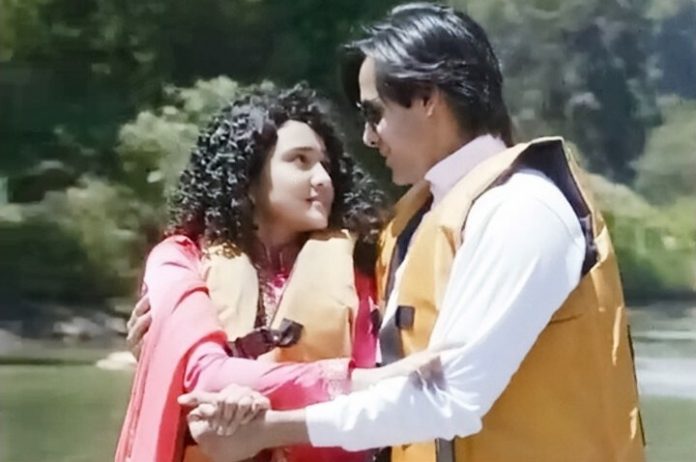 Yeh Un Dinon Mohabbatein Upcoming: Sameer wants Naina to understand his feelings and respect. He advises her not to use her mind if she doesn’t know anything. He tells her that he has done all the arrangement to surprise her, but she always fails her plans. He feels embarrassed in front of the hotel manager because of her. Their little fights go on. Sameer wants to romance Naina on their honeymoon. Naina has no idea about the honeymoon and Sameer’s plans. Sameer romances Naina and expresses his love for her. Naina goes on making mistakes and annoys him. He tells her that he can keep all their fights aside and not let anything affect their married life. Sameer finds her shying and relaxes her. He asks her to live the moment of romance. They have cute romance.

Ghatbandhan:
Dhanak gets a task to catch the don. Raghu is in much tension because of Dhanak. Dhanak is sure to nab the don Yadav. Raghu doesn’t want Maai and Dhanak to have any clash again. Raghu knows Dhanak’s task and worries for her life. He tells her that its very dangerous for her to go to Yadav’s hideout. Dhanak tells him that its her dad’s dream that she becomes a police officer, she will never quit even if she dies.

He tells her that he doesn’t know anything about her dreams or wishes, she can’t risk her life. Dhanak asks him to support her if he wants, else she will handle everything alone. Vidya sends goons to kidnap Maai. Dhanak goes to save Maai. Dhanak gets kidnapped by the goon’s mistake.

Yeh Hai Mohabbatein:
Raman gets at a don’s gun point. The don demands him to sell his property to her and offers a good deal. Raman doesn’t want to sell the property which he has bought to secure Ruhi and Aaliya’s future. The don woman threatens to kill Raman and Ishita. She tells them that she will kill them and snatch the properties if they don’t abide. Raman tells her that she can’t do this with them, they will contact the police. Ishita explains her that she can’t handover the properties meant for her daughters. The don asks her not to misbehave with her again. She takes revenge for Ishita’s slap. Ishita apologizes to her. She protects Raman from the mad woman. She tries hard to save the family.

She gets the red chilli powder and throws on the woman. She manages to beat the lady and kick her out of the house. The action fight brings tension in the family. The don doesn’t want to spare them. Raman and Ishita reach the police station and complain against the woman. Inspector agrees to find the woman and take action against her. Raman tries to get the woman’s sketch made so that police can nab him well.

Krishna Chali London:
Veer meets Krishna to return her earring. He is madly in love with her. Veer is trying hard to convince Krishna to accept his feelings. He gets expressing his love again and again, so that it reaches her heart once. He has seen love in her eyes and just wants her feelings to get verbal. Krishna stops herself from admitting her feelings. She shares her dilemma with Bua and goes mad over Veer’s actions. She asks Bua if she is right to think about her future with Veer. Bua wants Krishna to marry Veer if she is happy with him. She regrets to get her married to Radhe before, since Shukla family didn’t value Krishna ever. Veer wants Krishna to accept her feelings before his marriage with Shivani. He is just pretending to marry Shivani with an aim to win Krishna’s love.