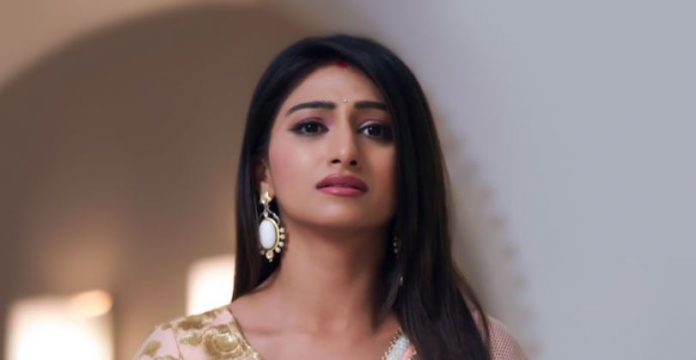 YRKKH Kirti and Kartik First Clash. Kartik and Naira are going to get remarried. Kartik faces Kirti’s anger and annoyance once again. Kirti tells him that her life always got affected by Naira and his relation. She tells him how could he give Krish to Naira without her consent, how could he decide for her life by cheating their relationship. She vents out her anger. She tells him that she will never let Naira take away Krish. She fears that Kartik and Naira will snatch her child. Kartik explains Kirti that he didn’t wish to hurt her, he wanted Krish to get mother’s love, since she was in coma. Naksh decides to let Naira take over Krish for the sake of her happiness. Kirti gets angered with Naksh’s decision.

Kirti has faith in Kartik and asks him not to push her for this big sacrifice. She hopes that Kartik will understand her. Kartik promises her that no one will snatch her child Krish. He tells her that he didn’t know about Naksh’s decision. He takes up the responsibility of securing Naksh and Kirti’s happiness. Kirti is happy that Naksh loves his family so much. She doesn’t come in between his priorities, but she doesn’t want Naksh to do injustice with her. Kartik promises her that Krish will always be her child.