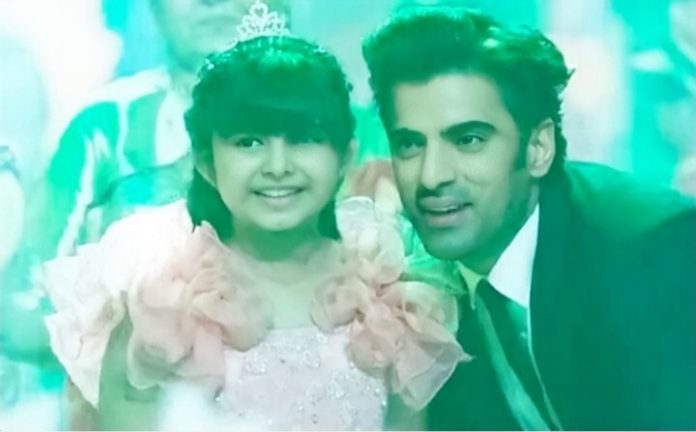 Kulfi Kumar Bajewala Krishna Kasautii Anurag and Komolika wait for someone to come and help them at the police station. Inspector tells them that their family member is coming to testify for them. Prerna comes to the police station to shock Komolika. Komolika is aware that Prerna has done everything. She loses her cool, which worries Anurag. Anurag can’t believe Prerna’s strong stand. Prerna tells the inspector that she is Anurag’s wife and Komolika isn’t related to him. Anurag doesn’t know why Mohini didn’t come. Komolika is sure that Prerna has manipulated things. Prerna gets the NGO women and complains against Komolika. She holds Komolika responsible for trapping Anurag. Prerna and Komolika fight for their rights on Anurag.

Komolika gets defamed and targeted by the NGO women. She doesn’t get scared of them and threatens to tackle them. Mishka arrives there to help out Komolika. She gets to see the nice drama going on and changes her plan of saving Komolika. She likes Prerna giving a tough competition to Komolika. Prerna proves that she is Anurag’s wife. Komolika gets arrested on the wrong charges. Komolika fails to prove herself. She shouts that Anurag is her husband. She wants to call Mohini for help.

Mishka doesn’t want to help Komolika and wants to see her capabilities. The NGO women ask Anurag to fill sindoor in Prerna’s hairline in front of them. Komolika asks Anurag not to take this step. He tells her that the moment is tough for them and this is the only way to leave. He convinces her to let him take this step. He fills Prerna’s hairline with sindoor once again by all his wish. Prerna gets his love for a moment. She recalls his deceive and doesn’t get carried away by his love. Prerna cries, which hurts Anurag’s heart. Anurag wants to take revenge on Komolika for Prerna’s tears. Mishka tells Prerna that she is happy to see Komolika’s insult. She supports Prerna in her battle. Komolika doesn’t want to forget her insult. Prerna thanks the NGO women for showing her husband the right path.

Krishna feels bad that she is losing to Veer. She doesn’t want to acknowledge her feelings for Veer. She expresses her sorrow to Bua. She tells Bua that she is in a dilemma over living her future with Veer. She doesn’t want to think of her future, but feels she has no such right. Bua tells her that if she is feeling something strongly, then she shouldn’t suppress her feelings. She wants Krishna to move on in her life. Veer gets confronted by his sister, who knows Krishna meet him in their absence. Veer admits that he loves Krishna and is doing everything to win her love. Shivani overhears their conversation and wants to fail Veer and Krishna’s budding love story. She makes sure to hurry up with the marriage functions.

Krishna tells Sunaina that she is trying her best to arrange the functions in a different way. Veer likes Krishna’s unique ideas. He helps her in the arrangements, while expressing his love for her again. He tells her that he is confident to have haldi ceremony with her. He tells Krishna that he loves her a lot and wants to do all the functions only with her. She gets confused over her feelings. She doesn’t want to cheat Radhe, who truly loved her. She feels she shouldn’t fall for Veer.

She thinks of keeping her loyalty to Radhe and live like his widow. Krishna gets busy in the arrangements again. She tells Veer that she is Radhe’s widow. He asks her not to hold her feelings away. He tells her that he doesn’t care if she loves Radhe, he will not take Radhe’s place and make his own place in his heart. He expresses that his love isn’t selfish and he wants her only if she finds her happiness. Krishna gets more sinking in the dilemma. Shivani gets upset with their closeness. She plans to frame Krishna and create a scene in the haldi ceremony. She wants to insult Krishna so that she gets away from Veer forever. Veer takes a stand for Krishna like always. He catches Shivani’s crime.

Kulfi Kumar Bajewala: Sikandar gets very much close to meet his daughter after the heavily painful separation track. Sikandar doesn’t want to upset Amyra in any sense. He wishes if he could meet Kulfi once. He wants to know how is his daughter living away from her. Kulfi gets a feeling that she will be meeting Sikandar the same day when she attends the party with the remand home kids. She doesn’t understand why she is feeling so and just wishes that she meets her father once. She misses him deeply and calls him from her heart. Her call gets heard by Sikandar’s heart, who misses her too and thinks of singing a song for her.