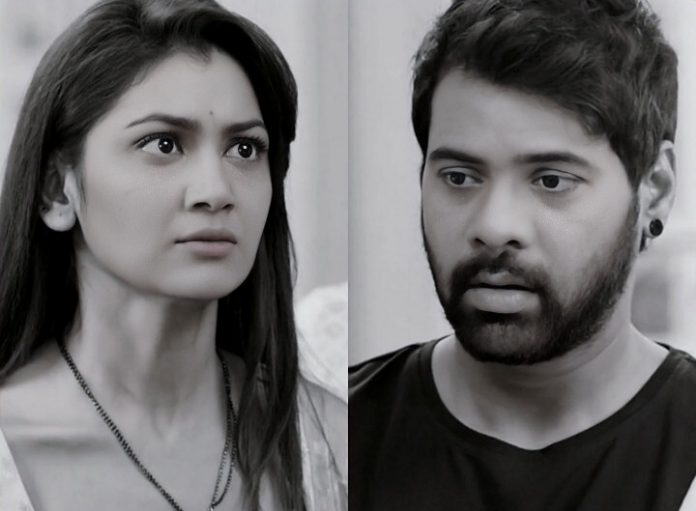 Upcoming track Kumkum Bhagya After the leap, Pragya is with her daughter Prachi who is a replica of her, while Abhi is with the youngest twin daughter Rhea who is pampered a lot. Both Prachi and Rhea are having contrast personalities. Pragya is reluctant to send Prachi to Delhi, thinking of promise which she made to Abhi before leaving, but she agrees when Beeji convinces her to change her decision for Prachi’s better future. Pragya allows Prachi and Shahana to go to Delhi to study in a topmost Delhi college. She says my past will not become part of your life and asks her to make her own life. Prachi gets happy and thankful to her.

Abhi asks Rhea which award she wants and says he will give her anything she wants. Rhea loves her father very much and says you are my Award. Abhi gets emotional and tells her that Pragya was about to take her far from him that day. He gets emotional. Aaliya comforts him. Abhi hugs Rhea. Rhea takes admission in the same college. Rhea and Prachi come face to face in college, oblivious to their relation. Prachi is a topper of the college, while Rhea is more concerned for her looks. They have a small argument on their first meeting. Both Abhi and Pragya yearn to meet each other’s daughters. A new woman Meera is shown taking care of Rhea.

Tujhse Hai Raabta: Kalyani tries to tell Malhar about the threat on their family, but Malhar asks her to be silent and bandages her injured hand. He asks her to tell, but then someone calls him. Kalyani goes to the storeroom and finds out that the poison is sprinkled on the wood logs used for the havan kund. She realizes if everyone inhales the poisonous smoke, then they are in danger. She tries to get out, but someone locks the door.

Kundali Bhagya: Preeta accepts the challenge and determines to expose Sherlyn. Sherlyn pretends to be victimized in front of Rakhi. Rakhi fixes Rishabh and Sherlyn’s marriage after 14 days. Shristi hears them and tells them that Rishabh’s life will be sacrificed in 14 days and says Sherlyn is successful. Karan says Sherlyn will marry him, and nobody can save Rishabh from Sherlyn now. Preeto rues to expose Sherlyn and tells that she has pushed her and challenged her to expose her truth. She sounds confident and tells them that she will expose Sherlyn’s lie and save Rishabh.

Raja Beta: Pankhudi is a new vamp in Vedant and Purva’s new love story. She determines not to let Purva become Vedant’s wife and determines to snatch him from her. She becomes possessive and crazy for him and lowers her own sister. Purva and Vedant are going out. Everyone comes there and say they are ready. Vedant says we all are going. Purva says I thought we both are going and goes to the room, saying sorry. Vedant gets upset. Purva wants to spend some time with Vedant alone and don’t want to go with family. Vedant convinces her to come along with the family.

Jhansi Ki Rani: Manu’s historic bravery doesn’t go well with Gangadhar when she gets the krantikaris freed under the nose of britishers. Ross brings Manu to court. Manu tells that it is the time to pull the belt of the britishers. Gangadhar says it is a limit and says the woman who doesn’t keep her would be husband’s words is not suitable to be the wife, and that’s why she is not suitable to be Maharani. He announces that he is changing his decision to marry her and make her Maharani. He tells that Manu shall be thrown out of Jhansi as a punishment and asks her not to enter Jhansi again. Manu is shocked. 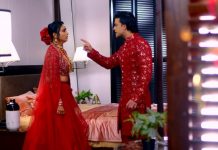