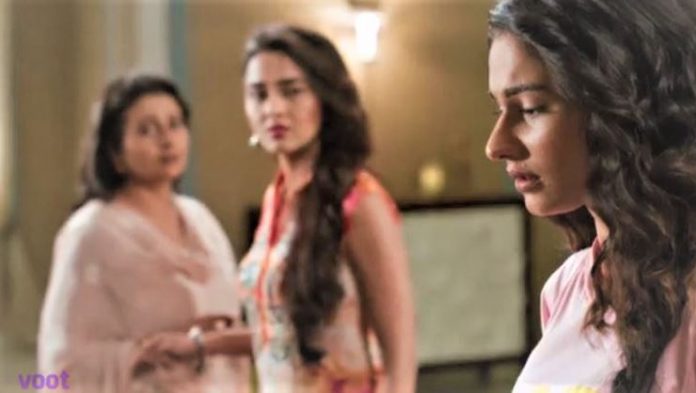 Silsila Upsetting sudden row. Sukamini suggests a dumb charades game. She explains the game to everyone. She plans the game only for Arnav. She asks him to tell his feelings to Pari. She tells Arnav that its a good chance for Arnav to express his feelings for Pari. The family happily plays the game. Ruhaan also joins the game. Sukamini makes Pari team up with Arnav. Ruhaan and Mishti are compelled to team up because of the selection. Mishti gets upset and tells them that she doesn’t want to play the game with Ruhaan. Veer tells her that she should not break a team and play with them. Arnav’s plan to confess feelings to Pari fails when Ruhaan comes between them with an intention to help Pari.

Pari gets into a moment with Ruhaan. Arnav and Pari prove their bonding and understanding by winning a round. Ruhaan and Mishti get a romantic film to guess. Mishti feels odd to spell the romantic title to Ruhaan. She gets disturbed. She quits the game in between. She doesn’t want Ruhaan to get any wrong meaning from her move. Ruhaan understands that she definitely has a problem with him. Veer calms down Mishti and asks her not to behave rudely with his friend. Veer and Mishti plan an outing. Mishti wants to get away for a while. Radhika questions Mishti when the latter returns home.

KHe understands Mishti who values relations a lot. Mishti doesn’t want to see herself in Mauli’s situation. She knows that Kunal has been wrong, and did injustice with both Mauli and Nandini. Pari gets hurt when Mishti blurts out anger about Kunal and Nandini. Mishti favors her support for Mauli. Mishti finds Kunal a selfish person. Radhika understands her pain and asks her to put an end to her thoughts. Mishti clears out that she doesn’t want Ruhaan to interfere between them. Mishti realizes how badly she has hurt Pari’s feelings. She feels guilty over expressing her anger on Nandini.