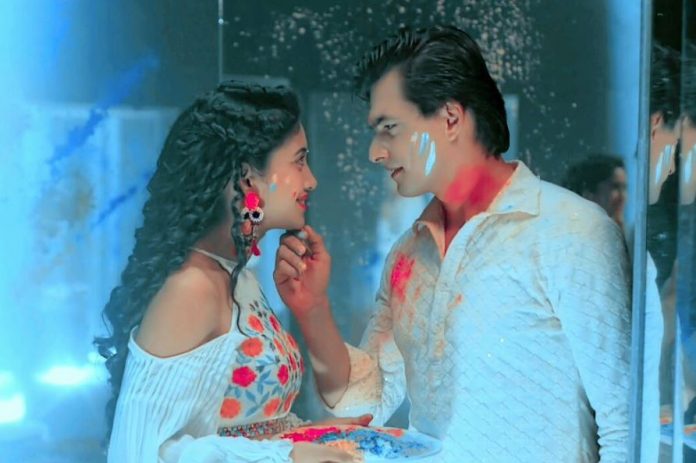 Yeh Rishta Upcoming Comebacks. Goenkas look for Kartik when he goes away from the house. They wonder if Kartik has gone to meet Naira. Dadi sends the shagun haldi for Naira. Kirti is worried that Kartik isn’t anywhere. She doesn’t wish him to take any impulsive decision. Kirti comes home and gets upset once again seeing Naira with Krish. Naira wants to know about Kartik too. Kirti gives the haldi to the family. She doesn’t want to tell them about Kartik. Devyaani tells Kirti that she has learnt that Kartik is missing. Goenkas get worried when Kartik doesn’t come back on time. Naksh calls Kartik irresponsible. He doesn’t want Naira’s heart to break. He asks Goenkas how can Kartik get away and behave like this, when he knows Naira is anxiously waiting for him. Goenkas ask him not to judge Kartik so soon.

They don’t want new blames on Kartik. Naira angrily stops the marriage preparations and creates a havoc in anger. Naksh wants to know the reason behind her sorrowful behavior. Naira reveals to them about Kartik and her secret meet, which has changed her happiness into sorrow. She tells them how Kartik has refused for the marriage. Kartik doesn’t tell her the reason for his decision.

She is left to think if she made any mistake. She tells them that she had apologized to Kartik, but he didn’t pay any heed. She wonders why did he break the marriage on the final day. Kartik just told her that he loves her, but he can’t marry her. Naksh shares her sorrow with both the families, who get in equal shock like her.

Naira prefers to stay alone and deal with her sorrow. Naksh is angered that Kartik has fooled all of them. He feels Kartik has shattered Naira’s heart. He wants to know why did Kartik take this extreme step. He doesn’t want to spare Kartik. He tells them that he will find Kartik and punish him, since he had already warned Kartik about committing any other mistake.

Kirti stops Naksh and admits her mistake. She tells him how she has brainwashed Kartik by expressing her insecurities. Naksh gets a huge shock knowing Kirti’s big blunder. He wants Kirti to know that Naira isn’t any evil person to snatch their Krish. He justifies his decisions made in the past. Kartik hates himself for hurting Naira. Kirti tells Naksh that she is responsible for ruining Kartik and Naira’s lives and happiness. Naksh gets depressed and guilty, since he had put Kirti in this frame of mind.

Kartik doesn’t want Kirti to get punished for his mistakes. Naira dances to vent out her anger. She gets help from Rishabh. He calms her down. Kartik blames himself for Kirti’s troubles. He returns home and faces many questions from the family. He feels he has hurt everyone and apologizes for his decision. Naksh and Kirti apologize to Kartik for showing their anger, insecurities, annoyance and blames on him.

Naksh feels bad that he always misunderstands Kartik and suspects him for his decisions. He knows Kartik’s sacrifice and feels embarrassed. The family feels proud of Kartik, knowing his big sacrifice done for Kirti’s sake. Naksh tells him that he has no grudge against him. He apologizes to Kartik from his heart. He feels Kartik has always valued relations more than him. He asks Kartik not to break the marriage and unite with Naira. He patches up with Kartik.

Rishabh asks Naira to vent out all her bad emotions so that her heart doesn’t stay hurt. Rishabh becomes a good listener and asks her to express her feelings. She tells him how much Kartik has hurt her. She hates Kartik. Kirti forgives Kartik for the past. They end their old differences. Naira wants to know the reason behind Kartik’s change of mind. She feels Kartik has no right to call off the wedding and break her heart. Manish asks Kartik not to break his promise given to Naira.

Kartik promises to rectify his mistakes. They want Kartik to convince Naira so that they can marry on the decided time. Naira doesn’t want to forgive Kartik. Rishabh is sure that she will melt her heart when Kartik comes back to her. Kartik takes the lover boy avatar once again to charm Naira and win her love. Samarth and Gayu will be adding up the fun in the Holi festive. They will be seen trying to end Kartik and Naira’s problems.