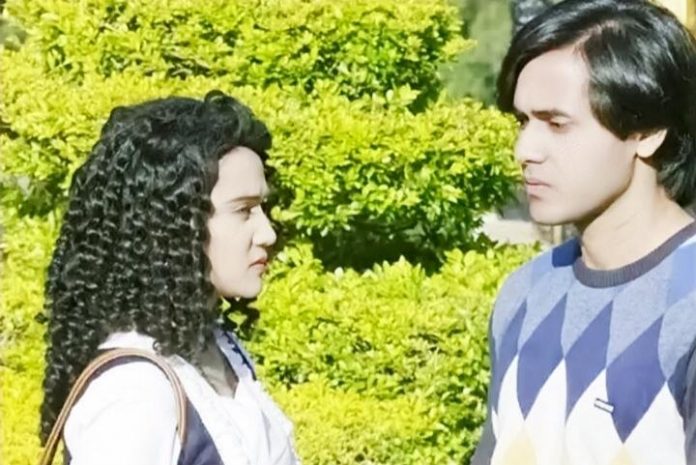 Yeh Un Dinon Sameer Naina are immature and don’t know how to handle their new phase of life. Naina tries to avoid him and stays upset with him, since he has fought with her for a little thing. She wishes that he supports her unconditionally as he had promised her during their wedding. She didn’t imagine their strong love to fade down so soon, since Sameer isn’t supporting her like before. She recalls the odds and hardships they have crossed to unite. Sameer tries to apologize to her and make up for his mistakes. Naina tells him that she is not in a mood to talk to him. She reads a book, while he asks her to give some attention to him. He tells her that they are on their honeymoon and they should romance. Naina asks him to stop it. Sameer plans a surprise for her. Naina ruins his romance plans. He gets angry that his dream of romancing his wife isn’t getting fulfilled.

Ek Thi Rani Ek Tha Ravan:
Rivaaj forcefully plays holi with Rani. He ruins her happiness and troubles her. Rani wants to show his true face to Rukmani. Rivaaj doesn’t let her reach Rukmani. Rani gets angry on Rivaaj. She wants to save her sister.

Ghatbandhan: Raghu is not less than a goon. His identity of a criminal brings big troubles for Dhanak. Raghu doesn’t want Dhanak’s dreams to break. He realizes that this is Maai’s planning to risk Dhanak’s career. Maai doesn’t want Dhanak to become an IPS officer. She wants Dhanak to adjust in their family and just be Raghu’s wife. Dhanak is ready to forgive Raghu, only if he proves his love by keeping his vows. Raghu is ready to go to any extent for the sake of his love.

Roop and Ishika’s relationship gets complicated. They have feelings for each other, but are troubled by the responsibilities from other relations. Ishika has to manage the family, and opens a Dhaba. Roop stops her and locks the dhaba. He puts a board mentioning CLOSED. Ishika gets upset with his move. Their relation suffers. Roop gets against her. Roop is following Shamsher and losing his own identity. He asks Ishika not to restart the dhaba again. She tells him that she should be ashamed of his actions. She doesn’t know why is Roop losing himself and becoming so strict and stone-hearted. Roop is doing everything for Shamsher’s happiness.

Pyaar Ki Papad:
Triloki insults Omkar and his family, when they come home to talk about Omkar and Shivika’s alliance. Shivika accepts the shagun from Omkar’s family. She tells Triloki that he shouldn’t insult anyone. She gives the shagun sweets to Triloki and tells him that its puja prasad. She wants to convince Triloki for accepting Omkar. She knows Omkar is a gem at heart. She wants Triloki to give his nod for Omkar and her marriage. Triloki doesn’t like Omkar at all.

Aapke Aa Jane Se:
Sahil gives a surprise for Vedika. He tells her that his friend has agreed to give him a loan and now they can deal with all the problems. The lawyers come home and shock them with the new documents. Sahil realizes that they have lost the house. The lawyers ask him to vacate the house. Sahil and Agarwal family shift to Vedika’s house. Sahil and Vedika want to solve the problems.