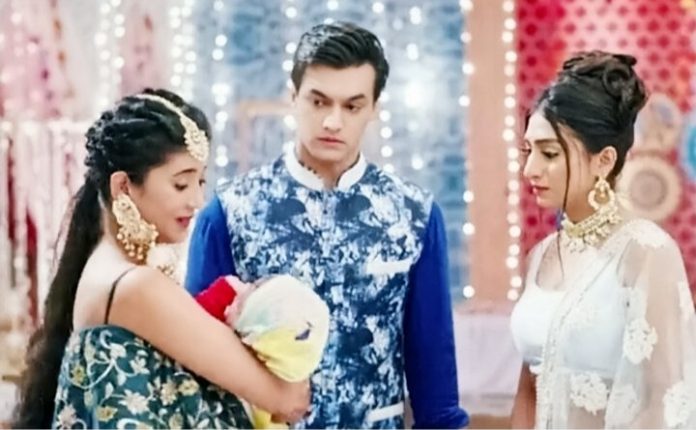 Yeh Rishta Upcoming Dramas. Kartik wants a chance to explain his love to Naira. Naira doesn’t succeed to convince her heart. Kartik vents anger on his fate and prays that everything gets fine between Naira and him. He can’t tolerate Naira’s breaking heart and tears, since he is responsible for it. He wishes that Naira and he unites forever. Kartik’s prayers get answers when Naira regains her memories by a miracle. Kartik and Naira’s past memories get revived once again. Kartik’s strong true love gets acknowledged even by fate and Lord.

Naira gets in a big dilemma when she regains her memories and fails to handle the mental pressure. The families look for Kartik and Naira. Kirti feels guilty that she has been a reason for drawing Kartik and Naira apart. Kartik learns about Naira rushing out of the house.

He follows her and then misses to find her. Naira recalls her accident post which she lost her memory. Kartik finds someone sinking and assumes that its her. He saves the drowning person and realizes its not Naira. He helps the man and saves his life in time. He tries to figure out where is Naira.

He reaches the side of the lake where Naira is drowning. He runs to her rescue and gets her to senses. He gets too worried for her and feels she will behave alienated with him again. Naira gives him the ultimate happiness by telling him that she remembers their love story since the very start and also their ups and downs. She forgives Kartik for their bad past mistakes. He apologizes to her again and again. He holds himself responsible for all the pain she has gone through. She tells him that she is lucky to have him, since he had been always patient in winning her life.

She tells him that she knows his decision to swap the babies were right, since Kirti wasn’t in a good state to handle Krish. She cries out her emotional sufferings and also understands his tough decisions taken in a weak moment. She tells him that she wanted to stand with him and save him from the blames, but the fate had parted them when she realized this. She apologizes to him for losing her memory. She isn’t angry on him. She expresses her happiness to have him. They express their love for each other.

Kartik and Naira find new chances to romance and live their Kaira moments after a long phase of painful separation. Naira remembers Kartik has won her heart as Sid, even when she lost her memories. She is much happy that Kartik didn’t abandon their relation during their life’s toughest phase. She plans to surprise Kartik and make up for all their sorrow. Kartik and Naira’s romance will be seen during their remarriage track.