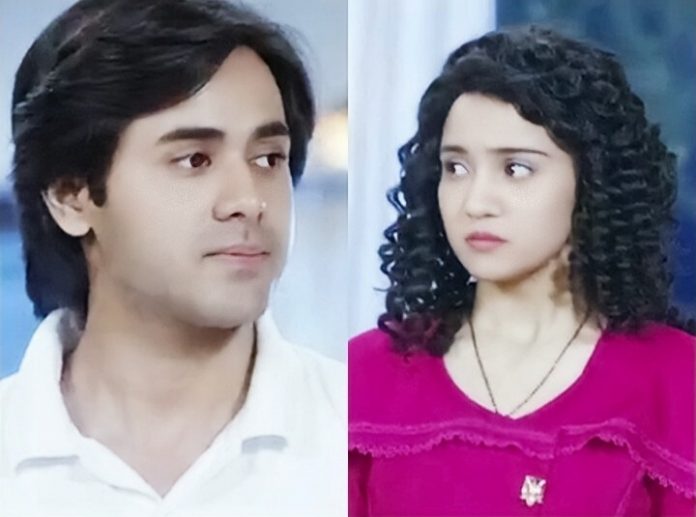 Yeh Un Dinon Sitara Aapke Aa Jane Se: Naina realizes that she has turned Sameer much upset. She doesn’t want to annoy him further. He tells her that he is much upset as she can see and he has no interest to talk to her. She tells him that she will convince him if he gives her a chance. She roams around him, sings a sweet song and dances for him. She wants to cheer him up. He doesn’t pay heed to her antics.

Sameer has to prepare for his exam, but is in a bad mood. Naina gets the books for him and asks him to study well, so that their life stays on track. She stays his friend to guide him the right. She makes a special dish for Sameer. She asks him to remember his promises. She tells him that they have to take life seriously from now. She encourages him by calling him a smart guy, with no ego. Sameer gives her hints of romance while she cleans the house in spare time. She wants him to focus on his exams. She tells him that he has to top in the exams.

Viraj saves Sitara and gets her home. Sitara fails to prove her innocence. Viraj knows Sitara is innocent. He doesn’t want the situation to shatter his marriage with Sitara. When he supports Sitara, his mum slaps him and questions his loyalty towards his family. Ranisa tells him that either of Sitara and her will stay in the house. Viraj doesn’t want Ranisa to leave her haveli.

He tells her that he wants to be dutiful towards the family. Viraj decides to leave the haveli, by walking out of the family. He wants to support his wife. He tells Ranisa that he can’t hurt her by staying in the haveli with Sitara, so its better for everyone that he leaves the haveli. Vishkanyas get happy to see Viraj leaving, since they may plan an attack on him easily, outside the haveli protection. Sitara gets emotionally touched when Viraj takes a big stand for her. She wants to protect Viraj from Vishkanyas.

Vedika and Sahil bear the insult from the neighbors. They get shaken up by the sorrows gifted by fate. Badi Amma had shot Ghungroo, and landed in the jail. Sahil loses support from Badi Amma. The neighbors call Agarwal family criminals and wants them to leave from their locality. They pelt rotten vegetables at Vedika and Sahil. They want Agarwal family to leave. Sahil doesn’t know what to do. He is much worried.

Vedika pacifies him. Sahil assures that he will try to sort things out. The lawyers seal the house and kick them out. Manjula taunts Sahil and holds him responsible for the shocking incidents. Vedika and Sahil get compelled to leave from their small house of happiness. Arya goes missing. Manjula blames Sahil for killing Guddu. She wants Arya back safely. Vedika and Sahil promise to find Arya and get her back.