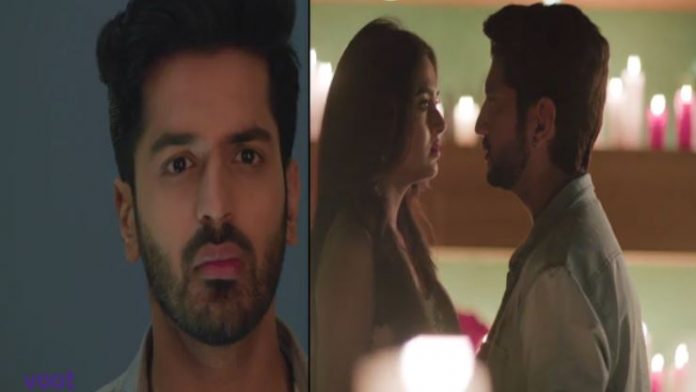 Silsila Shocker for Veer. Mishti apologizes to Veer since she has been waiting for him to color her first. Veer tells her that its Ruhaan’s mistake. He tells Ruhaan that it was his right to smear her with the holi colors. Mishti angrily leaves and clears the colors off her face. Sukamini recalls that she had spiked the thandai. She asks Mishti what is she doing. Mishti tells her about Ruhaan, who had thrown the holi colors at him. She doesn’t like Ruhaan. Sukamini tells Mishti that Ruhaan didn’t check her out, so she doesn’t like him too. Mishti finds her extremely funny. Mishti likes Pari to be with Arnav. She tells Sukamini that Pari and Arnav should unite for once and all.

Sukamini tells Mishti that Arnav loves Pari a lot and he had made a tattoo of her name too. Mishti is sure that they are made for each other. She wants Pari to realize her love for Arnav. Veer calls up Mishti to have a romantic dinner. She turns down his plans since she is much occupied with work. She apologizes to him and thinks of surprising Veer with a romantic dinner. She feels Veer is much upset because of their spoiled Holi. She decides to plan their date.

On the other hand, Pari stays upset and thinks of what she blurted out to Ruhaan. He meets her to know the love of his life. She tells him that she doesn’t remember anything. He tells her that she has told him a lot yesterday. She tells him that she wasn’t in her senses last day and doesn’t want to share anything. He tells her that he can give her tips on love. He asks her to value her love and not delay in making the confession, since it may lessen the complications. He doesn’t know that Pari loves him and asks her to admit her feelings to the lucky guy. Pari takes his advice and wants to confess love to him. Ansh’s friends provoke him to go on a blind date. Ansh doesn’t want to become a joke.

Ansh tells his friends that he has to study and can’t go on a date so soon. He takes the date light, while his friends prepare him to check out some girls. Ansh gets influenced by the bad company. Arnav and Pari have a sweet conversation. Pari wants to be fair in her relations. Arnav tells her that he would always like to lose to her. She asks him if she created a scene in the Holi. She tells him what Ruhaan told her.

He tells her that she can always love him. He expresses his love for her once again. He tells her that he really loves her and is waiting for her agreement. She tells him that she just likes him as a friend. She waits for true love to strike her. Mishti gets decked up to surprise Veer. She waits for Veer at his home and sets up the romantic decorations to surprise him. Veer doesn’t turn up. Mishti gets romancing Ruhaan, being mistaken that Veer has arrived. Ruhaan’s feelings for Mishti gets revived. She confesses her love to Veer. She gets a huge shock when she sees Ruhaan in front of her. Veer arrives at the same instant and finds them together. He gets much depressed. Mishti gets worried for Veer’s reaction. She shares her tensions with Pari.