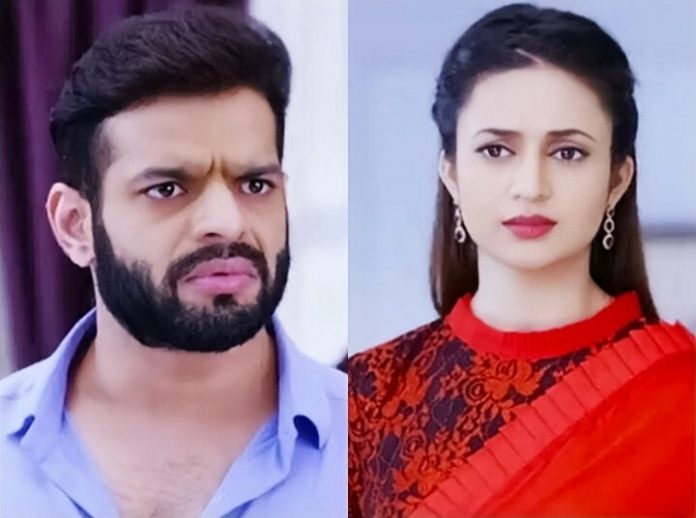 Yeh Hai Mohabbatein Raman Shocking plans. Rohan and Karan stay worried for Sudha’s health. They plan to send her to London. Yug informs Karan that Raman is getting Aaliya and him married. He asks Karan to stay away from the Bhallas. Karan congratulates him for the good news. He lies to Rohan about Yug’s call. Karan tells Yug that he is really happy since his plan has worked. He promises to keep his word and not trouble Bhallas. Yug doesn’t want Karan to hurt anyone in the family. Karan thinks to give this good news to Sudha so that she gets fine and spends time with Rohan. Shagun and Mani don’t want Raman to support Yug.

Raman defends Yug and tells them that Yug is a better life partner for Aaliya, they can’t send Aaliya with Rohan to Sudha’s house. He thinks of Aaliya’s future and decides Aaliya and Yug’s marriage.

He tells them that Aaliya has to marry Yug, since he has proved his true love for her. Shagun and Ishita oppose Raman’s decision. Mani agrees with Raman. He also feels that Aaliya will be happy with Yug. He asks Raman to convince Rohan for the divorce. Raman assures him that they will get Aaliya divorced. He knows that Aaliya loves Yug, assuming him to be Adi. Yug overhears their conversation and asks them not to support him in his cheating. He feels bad to do wrong with Aaliya by cheating her. Ishita wishes Mani to convince Raman.

Raman makes him part of his family. Yug promises to them that he will never break their trust and keep Aaliya happy. Raman and Mani tell Yug that Aaliya will accept him. They don’t care for Ishita and Shagun’s opposition. Shagun tries to brainwash Aaliya so that she doesn’t marry Yug. Ishita reminds Aaliya that she has married Rohan. Aaliya feels proud that Adi had handled the matter so sensitively. She wants to marry Adi to make him feel special. She doesn’t want to return to her past and move on in life.

Aaliya gets excited for her marriage with Adi. Mani tells Shagun that he will talk to her later. He asks the family to make the marriage arrangements. Ishita doesn’t know what to answer Rohan. Sudha is stressed about the work. She finds Rohan losing interest in business.

Rohan assures her that he will manage everything. Sudha yells at him for his obsession for Aaliya. Rohan and Karan inform Sudha about the London project. They ask Sudha to head the London project, while they will stay back and manage the business here. Rohan promises Sudha that he will not let her down. Elsewhere, Muskaan realizes that Sahil has kept her under house arrest to keep her away from the Bhallas. She gets more crazy. Sudha knows that her sons are lying to her about the project to send her away from the stress. Karan tells her that she will get fine if she gets treated by the best doctors in London. Sudha doesn’t want Rohan to run after Aaliya.

Karan informs her that Aaliya and Yug are getting married. He is happy that Raman is supporting Yug this time. He promises to make Rohan away from Aaliya forever. Sudha gets a relief on hearing this news. Sudha tells Karan that Rohan and Aaliya have to get divorced first.

Karan assures her to handle everything. He insists Sudha to get treated to come back in a healthy form again. Raman arranges the divorce papers. Bala shares Kiran’s mental trauma with Raman. Raman sympathizes with Bala. Raman asks him to keep patience and help Kiran medically.

Karan arranges a meet with Karan so that he can make Aaliya and Rohan’s divorce possible. Muskaan calls Ishita to threaten her again. She gets raging on Ishita for making Sahil against her. Muskaan wants to ruin Bhalla family happiness. Ishita threatens to complain to Sahil. Ishita informs Rohan about Aaliya’s marriage. Raman tells Mani that he is in an important meeting. He hides about his meeting with Karan.

Raman asks Karan for the big favor. He makes a shocking proposal, which can help both the families in a good way. He tells Karan that Rohan can get free from Aaliya’s bond. They both want Rohan to move on. Raman asks him to get Rohan’s signatures on divorce papers, so that Aaliya can marry Yug without any legal issues. Karan gets on cloud nine since his aim is also the same.