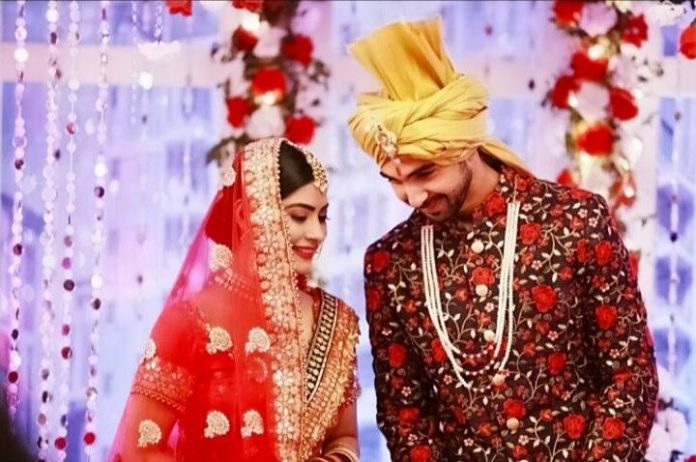 Yeh Hai Mohabbatein Surprises Shockers. Rohan plans a surprise for Aaliya again. He wants to design the workshop for Aaliya to fulfill her dreams. He is putting much efforts for Aaliya. She doesn’t acknowledge Rohan’s efforts. He wants to set up a company to gift to Aaliya. Rohan is in stress because of Yug. He hopes that Aaliya comes back to him. He is sure that Ishita will keep her promise and not let the marriage happen. He learns about the marriage functions happening in Bhalla house. He gets a huge shock. Ishita can’t believe the family getting ahead with the marriage arrangements. She finds it really wrong. She doesn’t want Raman to wrong Rohan’s life. Rohan thinks to meet Aaliya and surprise her. He organizes a puja for the newly set company.

Raman gets all the family members on his side so that they can give happiness to Aaliya. They all wish that Aaliya gets her memory balance back so that Rohan’s happiness isn’t at stake. Ishita tells the family that she also wishes Aaliya’s happiness. She thinks of meeting Rohan and tell him about the marriage proceedings. Karan informs Ishita that Rohan has left for important work and he isn’t in touch. She tells him that she needs to talk to him urgently. Karan doesn’t want Rohan to reach back to Ishita or Bhallas.

He doesn’t want Rohan to know about Aaliya’s marriage happening in two days. Karan plans to block Bhallas’ contacts from Rohan’s phone. He gets manager’s help to trick Rohan. Karan doesn’t let Rohan know anything. He succeeds to mislead Rohan. On the other hand, Muskaan distracts the goons so that she can leave from the house and exact revenge on Bhallas. She wants to settle scores with Raman and Ishita. She doesn’t want to spare them at any cost. Aaliya is happy to marry Adi once again. She thanks the family for being so enthusiastic about her marriage. She wants to perform all the rituals.

Ishita asks Ruhi to support her. Ruhi tells her that maybe Aaliya recovers because of the marriage set up. Ishita tells them that Aaliya will be more upset when she learns the truth. Aaliya is happy that Raman has gifted her a honeymoon package. Raman tells Ishita that he has made big surprise for Aaliya and Yug. Muskaan tries to fool Sahil and his others, so that she can reach Bhalla house without his knowledge. Sahil catches Muskaan in the right time and stops her from going out.

Sahil doubts on her. He realizes her escape plan. He tells her that he is just protecting her, and she is inviting troubles for them. He tells Muskaan that he can’t get tricked so soon. Sahil warns her against harming herself by taking big risks. He tells her that she won’t go to Bhallas. She is angry that Sahil changed because of Raman and Bhalla. She gets mad in rage and wants to just kill Bhallas. Her anger accumulates more. Sudha and Karan trick Rohan and get his signs on the divorce papers.

Rohan gets cheated by them once again. He tells Sudha that he will be back soon to drop her at the airport. Sudha thanks him for his help. She asks Karan to make Aaliya away from Rohan forever. Karan is sure that his plans will work. Rohan learns about Aaliya and Yug’s marriage happening the same day. Raman and Ishita have a clash because of Aaliya.