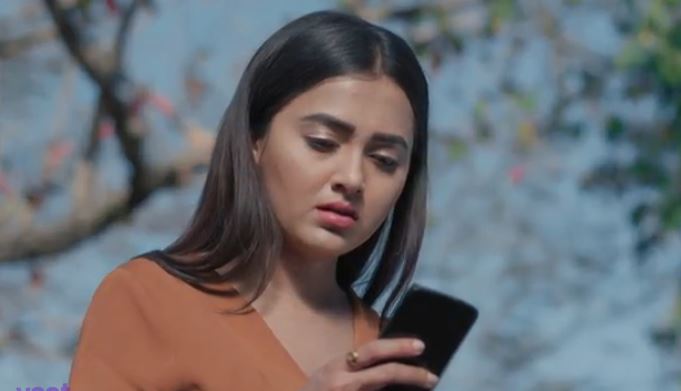 Silsila Mishti to blurt out her feelings. Ruhaan and Pari have close moments. Mishti witnesses them and feels jealous for a while. She senses her growing feelings for Ruhaan. She thinks she shouldn’t feel for Ruhaan, since its too wrong, she is engaged to Veer and she should just think of Veer. Mishti limits her feelings for Ruhaan. Pari tells Ruhaan that Mishti has got the coffee for them, but didn’t talk because of his presence. Ruhaan feels she is always angry on them. Pari asks Ruhaan the problem between Mishti and him. She asks him if he had met Mishti some time back. Ruhaan lies to her that he didn’t meet Mishti. She knows Ruhaan is really cool, and doesn’t want him to fight with Mishti. He tells her that he talks to Mishti, they don’t always fight. Pari tells him that Mishti didn’t tell her about him before.

Radhika and Sukamini have a meet to discuss their lives’ new tensions. Sukamini is worried for Taani. She doesn’t want Taani to do any mistake, since she has to answer her brother. Radhika asks her not to get worried for Arnav and Taani. She helps Sukamini by suggesting a good school for Taani’s admission. Mishti deals with her feelings. She doesn’t know why she is thinking about Ruhaan so much.

She doesn’t wish Ruhaan to take Veer’s place in her life. She doesn’t want any complications in her life, like Mauli had. She behaves strange. Pari doesn’t want to know any explanation from Mishti. Mishti behaves weird. Pari is happy that Mishti and Ruhaan are on talking terms now.

Mishti gets happy to know that Ruhaan mentioned about her. She still wants to be out of Ruhaan’s conversations. She fears that Ruhaan will become a part of her life. Pari gets talking non-stop about Ruhaan. Mishti controls her thoughts and tells Pari that she doesn’t want to befriend Ruhaan. Pari asks her to spend time with Ruhaan and know him, before judging him wrong. Mishti feels restless when Ruhaan is close.

She doesn’t know why she is developing a liking for Ruhaan. She doesn’t want to talk to him. She feels she is getting easily charmed by Ruhaan. Radhika learns that Arnav isn’t helping Taani in her admission. She asks Mishti to help Taani. Mishti wonders why is Taani leaving school so often. Mishti is busy in her work. Radhika convinces Mishti and takes her help for Taani. Mishti needs help on the way. Ruhaan helps her out. Veer spots them together. Veer calls her up to know if she needs help. Mishti feels worried to answer Veer. She maintains distance from Ruhaan, and misunderstands his friendly gestures. When Ruhaan provokes Mishti by his confrontation, she blurts out her feelings and fears to him. She warns him to stay away and not come between Veer and her.