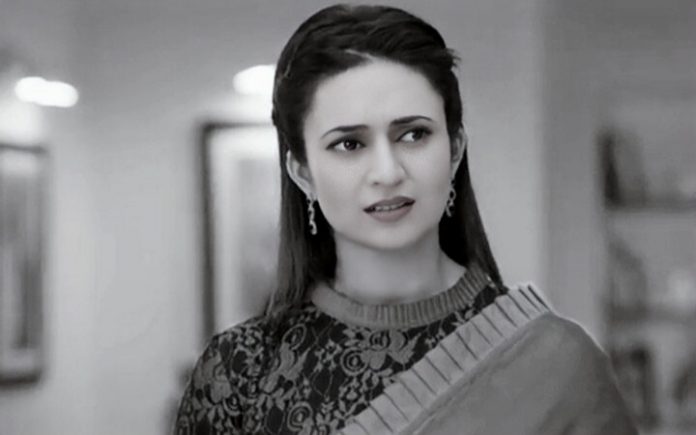 Yeh Hai Mohabbatein Big unexpected peril. Rohan barges in the Bhalla house to create a big scene. Rohan tells the family that there won’t be any marriage taking place. He reprimands Bhallas for getting her married to Yug, knowing the truth. He tells Aaliya that she is his wife. Aaliya doesn’t accept Rohan’s claims. Yug asks Rohan not to tell anything to Aaliya, which can take a toll on her health. Raman tells Rohan that he isn’t Aaliya’s husband anymore. He produces the divorce papers and shocks the entire family. He tells Rohan that Aaliya is a divorcee, and she can marry Yug, if she loves him. Rohan can’t believe that he had signed the papers. Mani asks Rohan not to create hurdles in the marriage. Raman and Mani ask Rohan to just get out of Aaliya’s lives.

Rohan gets speechless. He has no clue about the divorce papers. He wants to know about Ishita, why did she not keep her promise. Karan tells Rohan that she doesn’t care for him as well. He asks Rohan to leave from Bhalla house if he has any respect left. Ishita gets threatened by Muskaan. Muskaan wants to take revenge for the insult. She tells Ishita that she will make her pay for the insult. She informs that she has changed the puja items, the entire family is in trouble. She wants Bhallas to die. Ishita wants Muskaan to not harm her family.

Muskaan gets mad in her revenge. Ishita doesn’t know what to do. She rushes back home to stop the family. She fails to reach them, being locked in the cabin. She wants to inform Raman and others about Muskaan’s plan. Bhallas are happy that Yug and Aaliya’s marriage is proceeding. Ishita calls up Ruhi to tell about Muskaan’s plans. Ruhi doesn’t get to hear her voice. Ishita gets panicking about her family. Yug and Aaliya exchange the garlands and sit for the marriage rituals. Raman wants the marriage to happen soon. Ishita fears of losing her entire family. She doesn’t know what to do and how to stop the havan from beginning. She wants to get some help so that she can alert them. The entire family gets in risk, when the havan smoke begins to poison them.

Ishita finds some way to escape from the locked cabin. The family gets suffering for their big mistake to get Aaliya and Yug married. The marriage doesn’t accomplish, while the entire family collapses down. Rohan wishes to talk to Ishita once. Karan doesn’t let him fall more low in Aaliya’s love. Rohan gets heartbroken. He doesn’t want her to marry Yug. Karan asks him not to torture himself.

Rohan tells him that he didn’t sign the divorce papers, since he loves Aaliya a lot. Rohan doesn’t know why is Ishita not helping him. Karan gets worried for Rohan. Rohan sinks in tears. Karan tells Sudha that things are going as planned, Aaliya is marrying Yug and now Rohan will forget her soon. Karan apologizes to Rohan since its for his own good. He feels Bhallas don’t deserve a nice guy like Rohan. Ishita reaches home and finds the entire house in smoke. She meets Raman, who wasn’t at home at the time of havan. She informs him about Muskaan’s evil plan to kill the family.

Raman and Ishita get inside the house and find the entire family unconscious. Raman gets some help for his family. He shifts his family and gets medical help. The family gets into a critical state. Raman asks the doctors to save their lives. Ishita says Muskaan has put them in danger. Raman is hopeful that they will be fine. Sahil learns about Muskaan’s plans and confronts Karan about harming Bhallas. Raman learns Karan’s involvement with Muskaan.