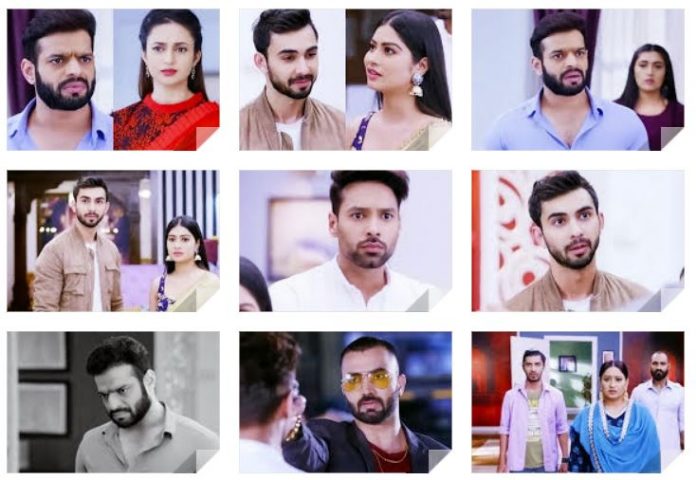 Yeh Hai Mohabbatein Shocking death. Sahil wants to send Muskaan out of the country so that she stays safe and away from her revengeful ire. He tells his man that Muskaan’s anger. He wants Muskaan to get treated for her mental imbalance. He wants her life to get better. He fears that she can commit any crime. Sahil finds Muskaan missing from the house. He understands that Muskaan has surely gone to Bhalla house. Raman and Ishita don’t want anything to happen to their family. Ishita cries for the family. She doesn’t want to take any step in anger.

Raman promises her that he will stay with her and not go anywhere. They get a big relief when the family returns back to consciousness. Muskaan gets injured by an accident. She misleads Sahil and tells him that Bhallas have stabbed her to kill her. Sahil takes her for the immediate aide. Muskaan gets blind in revenge.

Sahil tells her that he will not leave the culprit. He gets the medical help for Muskaan. Doctor tells Sahil that Muskaan is no more. Muskaan dies by the deadly stab. Sahil wants to know who has done this. He loses his cool when he loses his sister. Sahil swears to kill the Bhallas. He wants to avenge her death. Sahil wants to meet Bhallas and show his wrath on them. Raman tells Ishita about the felicitation program.

He asks Ishita to focus on her work and not worry for the family. Ishita is worried for Muskaan’s madness. Raman tells her that she should go to London and get the honor. Sahil wants to find out about the murderer. Sahil gets the drugs from Muskaan’s belongings. He doesn’t know why as Muskaan dealing with drugs. He realizes Muskaan has spoken to Raman just before her death. He wants to kill everyone responsible for Muskaan’s death. Yug tells Bhallas that he is happy that everyone is fine. He tells Aaliya that they can marry anytime later. Sahil barges inside the Bhalla house and threatens to kill Raman.

Sahil asks them if they took revenge and killed her. Raman says we have a proof for her innocence. Sahil wants to find their involvement in his sister’s murder. Kiran gets scared seeing Sahil and his goons. She gets traumatic. Ishita tells Kiran that Sahil won’t harm her. She asks Sahil to see Kiran’s miserable state, because of Muskaan. Bala scolds Sahil for Muskaan’s crimes.

Sahil asks Bala if he has killed Muskaan. Raman tells Sahil that they haven’t killed her, they aren’t criminals to kill others. Raman tries hard to convince Sahil that they are innocent. Sahil learns about Karan, who was helping Muskaan in the Bhallas’ destruction. Karan tells him that he didn’t meet Muskaan, since he threatened to stay away from her. Raman learns Karan’s evil truth and confronts him about befriending Muskaan to take revenge on them.