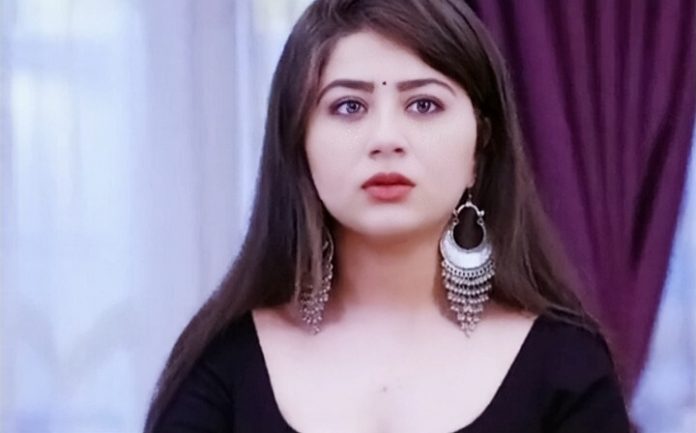 Yeh Hai Mohabbatein Big revelation. Bhallas and Iyers are troubled by Sahil and Muskaan. Even when Muskaan has died, Sahil gets revengeful against Bhallas. Everyone asks Ishita to go for the felicitation program and make them proud. Raman reprimands Karan for trying to destroy them by helping Muskaan. Karan pleads his innocence. Yug tells Raman and Mani that Karan is really involved with Muskaan. He scolds Karan. He also reveals that Karan has brought him into this house to ruin Rohan and Aaliya’s marriage. Yug and Karan get exposing each other in front of Raman, while they angrily blame for the past. Yug tells them that he came into Karan’s words, since he was in love with Aaliya.

Raman can’t believe this big revelation. He slaps Karan. He asks Karan how could he ruin Aaliya’s life intentionally. He wants Karan to have some shame. He reminds Karan his crimes for breaking his daughters’ hearts. Karan tells Raman that he was helpless to do this, Sudha hates Aaliya and he just did what she told him, he had to make Rohan and Aaliya separated. He asks Raman to be happy since Aaliya is happy with Yug. Raman doesn’t want them to decide for Aaliya’s life. He scolds Karan for ruining his family, since Rohan will soon know his truth.

He reprimands Karan for ruining Rohan’s life by serving Sudha’s purpose. He tells Karan that very soon Rohan will hate him. He knows Karan will soon regret. Yug wants to tell the truth to Aaliya so that he repents for his mistake. Raman doesn’t want Aaliya to know the truth in Ishita’s absence. He asks Yug to obey him. He blames Yug for his deceive, since he stood against Ishita for no fine reason. Karan asks Raman to hate him, but help him in finding Rohan. Raman asks Karan to remember, that he has ruined Rohan’s life. He wishes Karan to find Rohan in safe state. Karan wonders where is Rohan. Sahil investigates the matter and finds Raman innocent.

He then meets the lawyer to know if Ishita was locked in his office. Lawyer confirms that he had dropped Ishita to her house. He also validates the gas leak. Sahil wants to know who has killed Muskaan. Karan finds Rohan in a heartbroken state. Rohan tells him that everyone has cheated him. He regrets that Ishita and Aaliya couldn’t keep his trust. Karan feels scared to fall in his eyes. Rohan asks Karan not to leave him. He is happy that Karan is his family. He misses Sudha and wishes that she was with him. He asks Karan to be with him. Karan doesn’t want Rohan to ruin his life by drinking alcohol. Rohan tells him that he will forget Aaliya and her deceive. Karan forcibly takes him home. Karan gets regretting for his mistakes. Raman wants Ishita to not worry for the family, Sahil won’t be a threat for them. He assures that he will handle everything.

Ishita tells him that she doesn’t want Sahil to trouble them. He tells her that they are innocent, and they need not get scared. Sahil doubts that Ishita had killed Muskaan. He suspects the Bhalla family. He decides to kill Bhalla family. He wants Bhallas to suffer, since it was Muskaan’s last wish to take revenge on them. Sahil gathers information about Bhalla family. He makes a plan to start his revenge. Raman is happy that Ishita reached London and is having a good time there. He misses her badly. He wants her to come back soon. He wishes Ruhi and Aaliya’s lives come back on track. Sahil swears to take revenge of Muskaan’s death. Raman stays upset with Yug, after knowing his plans with Karan.

He thinks he did a big mistake to not believe Ishita and favor Yug. He feels bad that he was seeing Adi in Yug. Yug finds Raman upset and tries to talk. Raman scolds him for taking Adi’s place by cheating them. He wants Yug to leave the house when they help Aaliya in her recovery. He tells Yug that he has started hating him. Yug gets hurt by his words. Ruhi gets kidnapped by Sahil’s goons. Karan learns the shocking kidnapping and informs Raman. Karan risks his life to save Ruhi from the dirty auction.