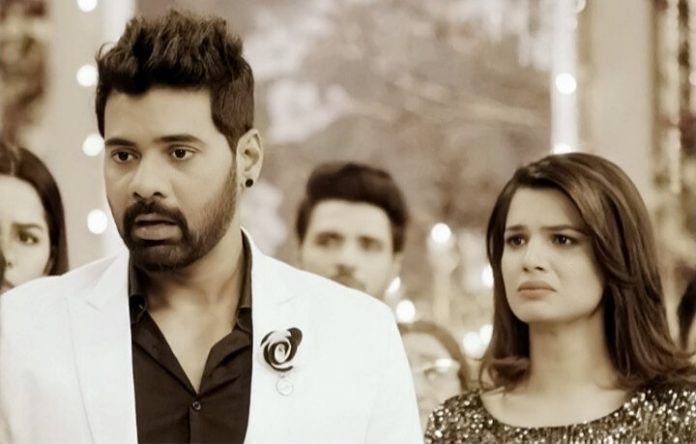 High Points Kumkum Bhagya Kundali Bhagya. Pragya makes the Inspector apologize to Prachi in front of media. Inspector apologizes to Prachi. Pragya asks him not to arrest any other daughter on fake charges and asks him to think about the consequences which the girls face with the arrest. Abhi comes home. Aaliya asks him why did he help Prachi come out of jail. Abhi says you should have seen her eyes and not face. He says you could have seen her innocence. Aaliya replies like he saw Pragya’s eyes. Rhea gets upset knowing Prachi is out because of Abhi. She angrily calls Rocky and asks him to teach a lesson to Prachi. She asks him to take revenge on her. She shares a plan. Prachi praises Abhi in front of him, without taking his name. Pragya is thankful to him and thinks she shall thank him for saving Prachi.

Kundali Bhagya: Karan gets doubtful about Sherlyn and Prithvi seeing them faking a drama. Preeta feels guilty for doubting on Prithvi on Monisha’s saying. She thinks she shall not trust Monisha and shall not doubt on Prithvi. Karan thinks if he proves that both Sherlyn and Prithvi are having an affair then he will have a double benefit, Rishabh’s marriage with Sherlyn will break and Preeta’s engagement with Prithvi will break. He keeps an eye on them and goes to Sherlyn’s room. He sees Prithvi there and tries to lock the door, but drops the thing with which he is locking the door. Prithvi and Sherlyn get alert by the sound and understand someone is spying on them.

Tujhse Hai Raabta: While Malhar is accusing Aao Saheb and torturing himself, punishing himself for trusting her, Rao Saheb goes to the room and hangs himself. He is the one who was responsible for Malhar’s mother’s death and couldn’t see his crime coming in open, and Malhar blaming his wife. Aao Saheb is silent to hide Rao Saheb’s crime. They get shocked to hear the sound coming from Rao Saheb’s room and run there. Malhar breaks the door and gets inside. He is shocked to see him hanged. Vivek and Sarthak hold Rao Saheb’s body and take him down. Aao Saheb, Kalyani, Anupriya and others are shocked. Malhar is shocked and shaken up. He comes to know about the truth. He blames Kalyani and holds her responsible for hiding the truth from him. Keshav plans revenge from Kalyani and Anupriya.

Rajaa Beta: Ramesh accuses Vedant of killing his first child. Gomti gets tensed hearing him. Purva tells Ramesh that Vedant can’t harm anyone even by mistake, so how can this be possible. She asks Dadi to tell, it was a lie. Gomti tells her that Vedant might be God for her, but he is a murderer and will always be. Purva tells everyone that she will get the stain from Vedant’s forehead and shows her strong belief on Vedant. Gomti is the accused of Ramesh’s elder son death and had put the blame on Vedant to save herself from Ramesh. Vedant is bearing his hatred since his childhood because of the crime, he didn’t do.