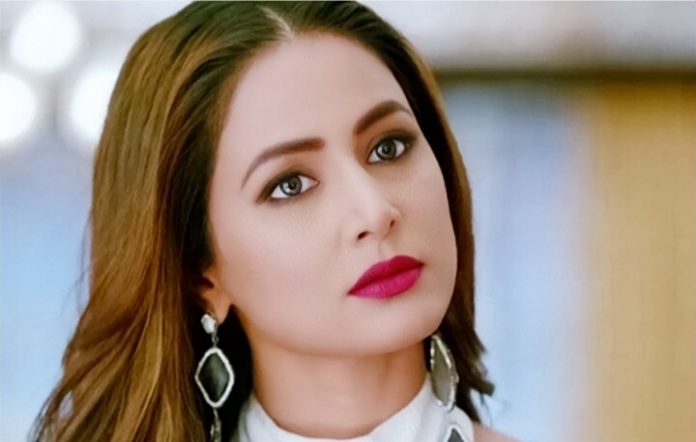 Yeh Rishta Kasautii Zindagii Roop Ghatbandhan: Maai embarrasses Dhanak in front of the police. She asks Dhanak can she work for police and then help the dons. She makes the commissioner doubt on Dhanak’s intentions. Commissioner asks her to either stay as don’s wife or become an IPS officer to follow her dreams. Dhanak is in the dilemma, since its been her long dream to become a cop. She doesn’t want to leave her dreams. She knows Raghu loves her and she respects his feelings. Raghu thinks Dhanak will choose her career and dreams. Dhanak’s decision shocks Raghu.

Yeh Rishta Kya Kehlata Hai:
Dadi learns that Gayu is pregnant and still Samarth is willing to marry Gayu. Dadi doesn’t know how to react, since it can’t be taken as a good news. She meets Gayu, Kartik and Naira. She tells them that she has a problem with the pregnancy. Samarth is okay with Vivaan’s child. There will be new problems when Dadi reveals the truth to both the families. Samarth requests Dadi not to make this an issue. Kartik and Naira assure Samarth and Gayu, that they will convince Dadi soon.

Roop: Roop’s sister Himani’s life falls in danger. He gets worried for her. Shamsher wants Roop to handle all the work. He doesn’t support his house women. Roop doesn’t want Shamsher to get stressed and drink wine. He is obeying Shamsher just for his safety. Himani gets applauded for his work, when she takes a huge batch of alcohol in custody. The news doesn’t make Shamsher proud. He gets upset that Himani is working as a cop. The goons threaten Roop that they will kill Himani if she doesn’t accept the bribe. The goons try to bribe Roop. They ask Roop to do anything but get Himani off her duty.

Roop knows that his sister will not accept any bribe, but she may lose her life, which he doesn’t want. Roop plans against Himani’s career to secure her life. Roop and Ishika have an argument. Their cute moment gets spoiled because of their egos. Ishika takes care of injured Roop. Roop doesn’t want to listen to Ishika, against Shamsher. Roop knows Ishika is not wrong, but when he recalls his promise towards Shamsher, he turns rude towards her.

Kasautii Zindagii Kay:
Komolika gets Prerna arrested. She makes a plan to frame Prerna in a crime. She also gets the media to insult Prerna. She knows Prerna won’t be able to handle the media blasting on her character and family. Anurag stands helpless and watches the drama. Prerna is still happy that she is Anurag’s wife. She is sure that Anurag will help her. Komolika finds Prerna smiling and gets wondering what is Prerna upto. She has won the game, but still wants to figure our Prerna’s next plans. Komolika asks Anurag not to take Prerna’s side. He asks her not to doubt him. He confesses his love to Komolika. He asks her to stop blaming him. He asks her why does she always doubt on her. She tells him that she trusts him. He wants to know her plans by taking her in confidence.