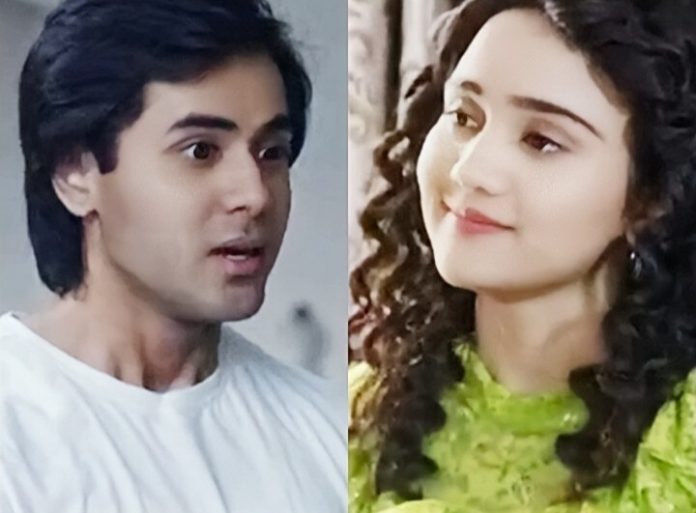 Yeh Un Dinon Sitara Aapke Aa Jane Se: Sameer and Naina get advice from Bela and Anand. They both have to handle their lives well. They are facing problems. Naina feels she is also making some mistake, that she is failing to keep Sameer happy and find happiness for herself. Naina wants to prove everyone wrong, who think she won’t be able to keep her marriage. Naina wants her family and in-laws to be proud of her.

Sameer learns about Jatin’s accusations on Chakor that she is a murderer. He wants to quit Jatin’s job. Sameer supports Chakor. Jatin doesn’t accept his resignation and reminds the contract clause. He transfers Sameer to Aazaadgunj so that he can keep Sameer away from Anjor. Sameer visits Aazaadgunj. He gets kidnapped by some goons. Anjor reaches there to find Sameer. She just wants to get Sameer’s love. She knows Sameer won’t be able to manage well in Aazaadgunj.

She is related to Aazaadgunj since her birth. She learns that Jatin has sent Sameer to Aazaadgunj for the work purpose. Anjor gets emotional on reaching the village. She feels bad seeing the village’s poor state. She finds the people against Rajvanshi family. Anjor saves Sameer’s life. Chakor learns about the new issues in village. She conceals her identity and wants to know who is ruling Aazaadgunj now. She tries to help the people.

Roop:
Roop and Ishika perform dance in the party. They come close. Shamsher gets angry seeing Ishika changing Roop again. Ishika asks Roop to congratulate Himani for her success. Ishika wants to reach Roop’s heart by her emotions. Roop can’t look happy for Himani because of Shamsher. Himani declares that she will not continue her work from now. Roop is obeying Shamsher. He ruins Himani’s career for the sake of Shamsher’s health and happiness.

Aapke Aa Jane Se:
Vedika and Sahil have romance on the streets. They aren’t getting any peace at home because of Arya. Sahil makes sure that he cheers up Vedika. He dances with her on a romantic song. Their romance breaks when some ladies trouble Vedika with big accusations. Their date gets spoiled. The ladies remind Vedika her duties towards Arya. Arya and Ghungroo have sent the ladies to spoil Vedika’s mood. Sahil answers the ladies. He isn’t scared of anyone. Ghungroo plays a drama and falls down the stairs. Sahil gets blamed for Ghungroo’s accident.

Sitara:
Sitara saves Viraj from Surili’s magical trap. Surili plans the attack on Viraj. She takes Sitara’s look and reaches Viraj to hypnotize him. Viraj gets help from spiritual powers. Sitara prays to Devi Maa that Viraj gets protected from Vishkanyas. Sitara’s prayers get fulfilled when he gets out from Surili’s spell.

Kasautii Zindagii Kay:
Anurag and Prerna express hatred for each other. Anurag is happy that Prerna is not in love with him. Anupam tries to make his relation with Nivedita better. They have a cute moment, which breaks because of Mohini. Mohini reaches them with a shocking news. Mohini tells them that Anurag and Komolika went to the market for shopping, and they landed in trouble. She fears about the chaos.