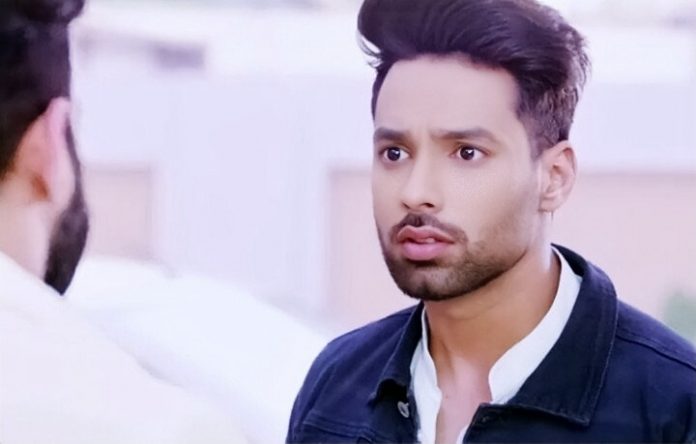 Yeh Hai Mohabbatein Huge twist. Ishita’s absence takes a toll on her daughters’ safety. Raman had promised Ishita that he will protect the family from Sahil’s threatening. Sahil learns that Ishita is behind Muskaan’s murder, when the lawyer’s assistant testifies against Ishita. He wants to punish Ishita and Raman, along with their families. He gets too revengeful and doesn’t think twice before kidnapping Bhallas’ daughters Aaliya and Ruhi. He just planned to abduct Aaliya, but gets happy that Ruhi has fallen in his plan on her own. Ruhi wants to save Aaliya and learns about Sahil’s plan to kidnap Aaliya and harm her by injecting some drugs. She clears out the truth that Raman and Ishita didn’t kill Muskaan.

Sahil doesn’t believe anyone. He is sure that Bhallas are behind Muskaan’s untimely death. He wants to fulfill his revenge so that he can fulfill Muskaan’s last wish. He feels Muskaan so badly wanted revenge from Bhallas, that she has given her life for this. He feels he did a mistake to get ignorant towards his sister before. Sahil instructs his goons to host a party and call some rich men, so that they can plan the auction of Bhalla daughters. Ruhi gets helpless in front of the goons, while Aaliya stays unconscious by the drugs dose. They are pulled into the bad place forcibly.

Luckily, Karan learns about Ruhi’s kidnapping. Karan recalls Raman’s words, how he hasn’t kept anyone’s faith and also broken Ruhi’s heart. He wants to sincerely help Ruhi and Aaliya for the sake of humanity. Karan informs Raman and Yug about the girls, while they get late to reach the place. Karan takes up a disguise to mislead the goons, so that he can take Ruhi with him, and plan to help Aaliya too. Rohan is also present at the same place, but in a drunken state.

Karan wishes Rohan to help Aaliya some how. The goons identify Karan, and try to oust him. Karan gets into a fight with the goons and gets shot by them. Ruhi realizes his true concern for her for the first time. Raman loses track of Karan as well, when he reaches the time. He finds no one at the expected place, which makes him more worried. Raman finds the place messed up and also gets a proof of Karan’s visit there. He fears that Karan had died by the goon’s hands while saving the girls. Ruhi tries her best to save Karan’s life. Will Karan survive the attack? Keep reading.