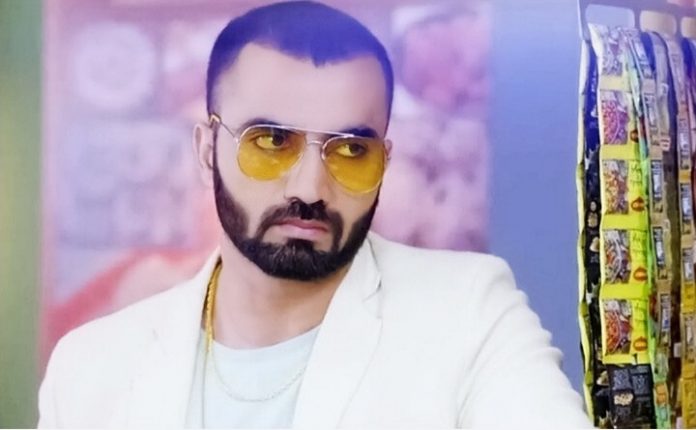 Yeh Hai Mohabbatein Sahil unimaginable plan. Karan gets worried for Rohan’s distressed state. Rohan sinks in alcohol and doesn’t listen to Karan. Karan feels his plan has worked really wrong, since Rohan has sunk in sorrow. Yug gets happy to get his true friends back. He thanks them for all their love and trust. They wish him on his birthday. Yug doesn’t want Aaliya to know about his identity, since this may hurt her senses more. Aaliya scolds Yug’s friends. Ruhi handles the matter and tells Aaliya that Adi is playing a prank on her. Raman and Simmi distract Aaliya. Yug is glad that Aaliya didn’t hear his truth. Raman wants to warn Yug against his mistakes. He asks Simmi to be with Aaliya. Raman doesn’t want Yug to hurt Aaliya again.

Yug’s friends apologize to him for putting him in trouble. Sahil’s aide keeps an eye on Raman and his family. He informs Sahil that Aaliya and Ruhi are Raman’s weakness. Sahil wants to target Raman’s weakest link. He makes a plan to take his revenge on Aaliya. Aaliya learns about Adi’s accident and rushes to the spot to see him. Ruhi finds Aaliya rushing out of the house and follows her. She informs Raman about Aaliya. Raman fails to know the details. Ruhi also falls in Sahil’s plans when the goons try to kidnap Aaliya. Ruhi wants the goons to leave Aaliya. The goons kidnap both Ruhi and Aaliya.

The family isn’t aware of the kidnapping done. Simmi informs Yug that Aaliya isn’t at home. She tells Raman that Aaliya is nowhere and she is really tensed. Karan gets informed about Rohan’s location. He turns worried and looks for him. When he reaches the red light area, he sees Ruhi with the goons. He can’t tolerate Ruhi in trouble. Raman finds both his daughters missing. He wants to know where they are. Raman suspects Yug and asks him to tell him about his daughters. The goons inject drugs to Aaliya and threaten Ruhi that she will lose Aaliya if she doesn’t get ready for her auction.

Karan informs Raman about Ruhi and Aaliya. Raman doesn’t believe him at first. Sahil gets threatening Raman about his daughters. Raman gets a huge shock and then believes Karan. He rushes to save his daughters. Yug doesn’t want to spare Karan if he is behind the kidnapping. The goons trouble Ruhi and asks her to prepare herself for the auction, so that Sahil can take revenge on Bhallas. Karan finds the goons working for Sahil. Ruhi asks them to call Sahil, she will talk to him, Bhallas aren’t responsible for Muskaan’s death. Karan gets worried seeing the dangerous goons.

Ruhi begs them not to kill Aaliya. Ruhi gets panicking. Karan informs Yug about Ruhi and Aaliya, who are in deep danger because of Sahil. He asks Raman and Yug not to waste time and reach there soon. Karan asks them to believe him for once, Sahil’s aides are keeping an eye on them already. Karan wants to do something to secure Ruhi and Aaliya. Yug asks Raman to be careful and plan things, so that they can trick Sahil’s men. Raman seeks help from Bala. He asks Yug to call his friends for help. Raman fakes a drama to trick Sahil’s aide. Raman demands them to tell him about Aaliya.

Mani loses his cool and tells them that he has learnt about Aaliya’s kidnapping. He tells Raman that they will take Yug’s friends to police. They cook up a story to go and find Aaliya by fooling Sahil. Sahil wants to sell Raman’s daughters so that Raman shatters and admits the truth behind Muskaan’s murder. Karan informs Yug that their plan has worked, but there is not much time. Karan wants to save Ruhi and Aaliya at any cost. He gets ready to risk his life to save their lives and respect.