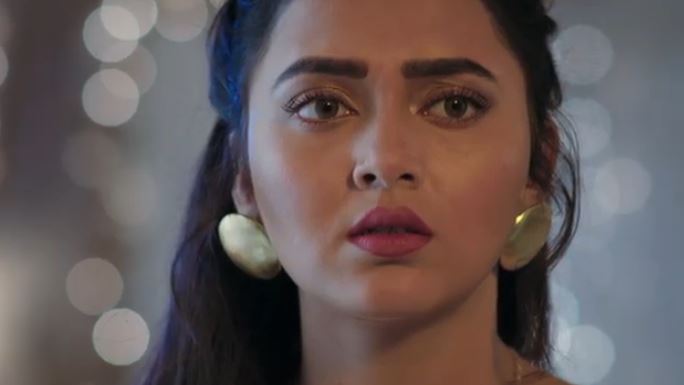 On the other hand, Veer tells Mishti that its not Ruhaan’s mistake, its actually his fault that he invited his friends. He apologizes to her for spoiling her birthday. He makes an apology to Pari as well. Pari doesn’t think its Veer or Ruhaan’s mistake. She asks them not to take stress and forget the matter. She regrets that Mishti’s birthday didn’t end up well. She asks Veer to be with Mishti. She asks him to go back. Mishti wonders why Veer had left.

Radhika asks him to talk to Veer once. Mishti doesn’t want Veer to take Ruhaan’s side. She wants to be important for Veer. She dislikes Ruhaan and expresses it again. She has a misunderstanding that Veer took Ruhaan’s blame on himself just to save him. She finds this wrong. She doesn’t want to talk to Veer. Ansh is unaware of all the nuisance.

He is smoking along with his friend. Mishti finds him smoking and slaps him. She holds Ruhaan responsible for Ansh’s smoking. She thinks Ruhaan is badly influencing Ansh. Ansh asks Mishti not to oust Ruhaan. He tells her that he can explain her, Ruhaan isn’t wrong. Mishti packs Ruhaan’s clothes. She is sure that Veer will understand her if he truly loves her. Radhika asks her not to upset Veer by taking any extreme step. Mishti tells Ansh that she will not spare Ruhaan this time. Radhika asks Mishti not to vent anger on Ruhaan or Ansh. She doesn’t know about Ansh’s smoking incident. Mishti hides the matter from Radhika. She wants Veer to understand her this time. Veer and Ruhaan come home with Pari.

They get a huge shock when Mishti throws Ruhaan’s bags out and asks him to leave her house. Veer and Pari didn’t expect Mishti to do this. Ruhaan asks the reason for her move. Mishti blames Ruhaan for everything. Mishti doesn’t want any complications in her house. He tells them that Pari and Ansh matter a lot to her, and she can never take any chance with them. Mishti blames Ruhaan for driving Ansh towards smoking. Ruhaan isn’t at fault even in this case.

He knows Ansh has hidden the truth. Mishti tells them how she caught up Ansh smoking. Ruhaan asks Ansh to speak up the truth. Ansh tells Mishti that Ruhaan didn’t encourage him for smoking. He tells them how Ruhaan has been an elder brother for him, he has just taught just the good things. She cleans Ruhaan’s name and accepts his mistake. He apologizes for his mistakes. Veer apologizes to Ruhaan for bearing so much humiliation. He asks Ruhaan to stay with him in his house, maybe Mishti’s place isn’t the right one for him. Pari confesses her love for Ruhaan, which stuns Mishti.