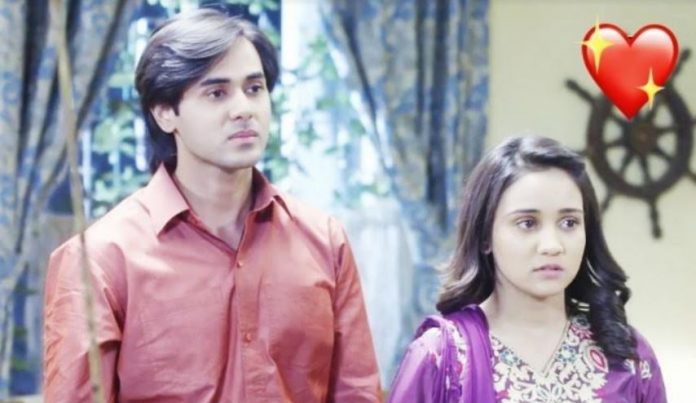 Yeh Un Dinon Jhansi Shakti: Chaddha gets happy that his plan worked to keep Rajat busy with Sneha’s help. Harman and Soumya’s case gets postponed for the final hearing. Harman gets upset with Rajat and comes to his house with Soumya. He shouts Rajat’s name and asks him to come. Soumya asks him to calm down. Harman calls him betrayal man. He asks if they will get Soham like this if they will fight her identity battle like this. Soumya asks Harman if he accepted her on Rajat’s saying, if he started Soham custody fight on Rajat’s saying. She also asks him to trust Mata Rani. She says Matarani never let us fail, she won’t let us lose the case.

Yeh Un Dinon Ki Baat Hai: Sameer and Naina post marriage fights start. Naina tells Sameer that she is simple and her breakfast can consist of tea and bread. Sameer says it is better if you have to do less work. Naina says I don’t want to stay with you. Kamlesh Mama tells that his son that like Prabha said, this love marriage will not stand for more than 6 months. Sameer tries to stop Naina. Their ego clashes with each other.

Roop: Roop and Ishika share some romantic moments. Everyone watches the news on TV. Reporter asks Himani what she will do with the seized truck. Bua says media asking wrong news. Another reporter asks if she is leaving the case. Himani says she is very much involved in the case and is not leaving it. Everyone is shocked. Reporter offers money for Himani to Roop and tells that she did a big mistake by not leaving the case and asks him to convince her to leave the case, else her life will be in danger. Roop is shocked.

Jhansi ki Rani: Tatya Guru warns Manu about the consequences and tells that the plan is risky, but Manu convinces him. Manu lies down in the pit while Tatya Guru covers sand on her so that when the explosives cart passes from there, Manu could steal the explosives from the truck. Gangadhar talks to his dead wife’s portrait and tells about his Sakarpura tomorrow. He tells that he is marrying due to her sign. Saku Bai plans to kill Gangadhar. Gangadhar tells that he started giving place to Manu in his heart. He asks Dasi about her and thinks where she went at this time. He gets worried.

Tatya Guru hides Manu fully in the pit and hides. They wait for the britishers explosive cart to reach the place where Manu is hiding underground. Manu manages to steal the explosives.

Ek Thi Rani Ek Tha Ravan: While Premlatha and Rukmani keep fast for Mahashivratri, Rivaaj makes Rukmani have churan a night before her fast. Rukmani coughs and feels much thirst. She tells Rani that her throat is drying. Prem Latha says even she has kept fast and asks if she will break her fast due to thirst. Rivaaj tells Rani that he made Rukmani had churan a night before and asks her not to dare to blame him, else Rukmani will get angry on her. He says your sister might try, but I won’t let her be successful to keep the fast. He asks her to drink water. Rukmani gives swear to Rani and asks her not to advice her to break her fast. Rani looks at Rivaaj. She comes up with a unique way to deal with Rukmani’s problem.