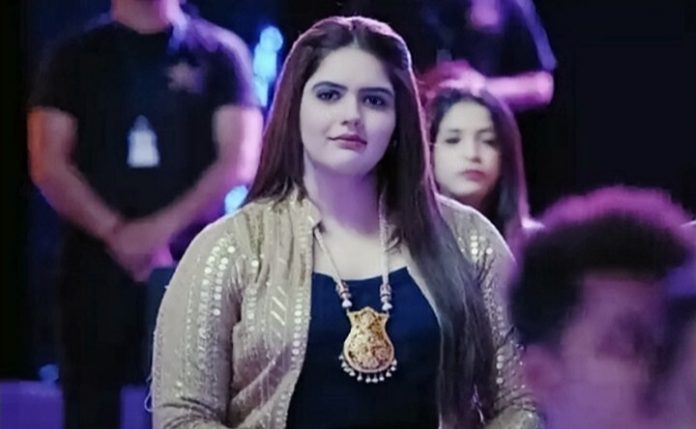 Lovely Sikandar Big Clash next. Sikandar learns Kulfi’s presence in the Little star competition. He realizes that she is part of the Anonymous group. He wants to know why did Mohendar hide about Kulfi from him. He calls up Mohendar to know about Kulfi. He also tries to talk to Kulfi. She wants to ignore him, since he had abandoned her against her will. She wants to get away from Sikandar. She didn’t know destiny will bring them back together. Amyra gets much upset with Sikandar when he rushes to Kulfi. Sikandar learns about the kids, who have escaped from the remand home. He realizes that Lovely had send Kulfi to the remand home and assured her safety, which was just a lie. Sikandar realizes Kulfi’s sufferings and gets helpless again. Lovely and Sikandar have a big clash.

Dil Toh Happy Hai Ji:
Happy vents anger on Rocky. She learns that Shaan Randhawa isn’t Rocky. She breaks down when Shaan snatches the hotel from her. She tells him that no one can snatch the hotel from her, since its her dream. She asks Shaan to return the administrative rights of the hotel to her. She tells that the hotel isn’t just business for her, many emotions are connected to her. Rocky melts down seeing her tears. He consoles her. She recalls Chintu’s dreams.

Happy is helpless. She tells RV that she doesn’t want Shaan to own their hotel. Rocky tells Happy that he needs obey her rules. He shows off his attitude to her. Rocky wants to find the proof of his innocence by fooling Sania. He is sure that Sania still has the video. He wants to know the real culprit in Smiley’s case and get his name cleared. RV fears that Rocky has returned as Shaan, and wants to prove his innocence, which would mean that Ranveer would be exposed. He is afraid that Happy will know his truth and will never trust him again. RV has fallen in love with Happy. He doesn’t want to lose her love. Rocky is succeeding in his revenge plans.

Triloki conducts a havan at Omkar’s house. Omkar wants Triloki to accept him. Triloki wants Alankar to marry Shivika. Triloki finds ways to trouble Omkar. He tells them the rituals to follow. He has his own motives behind the havan. Triloki tells Omkar that he wants to do the Vaastu havan so that Shivika doesn’t face any problem in his house after the marriage. He troubles Omkar and his brothers in the process. Omkar and his brothers love each other a lot. They prove their love to Triloki. Triloki indirectly talks about house division. Omkar tells him that his brothers’ love will end any problem. They together complete the havan and answer Triloki. Omkar ruins Triloki’s plans. Omkar always deals with Triloki’s tricks with the support of his loving family.