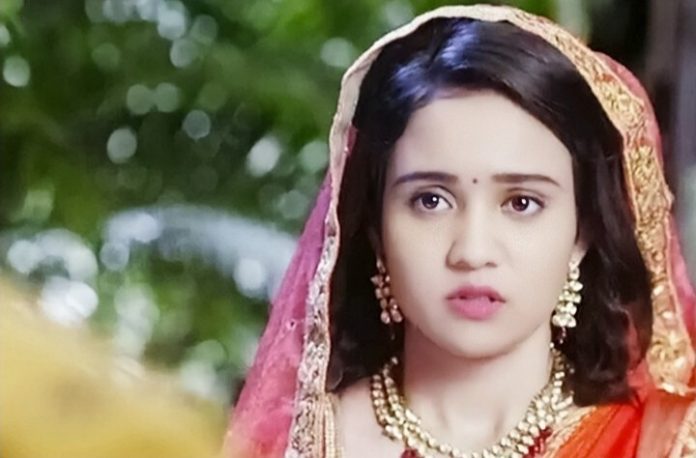 Ye Un Dinon Udaan Sitara: Sameer and Naina take their little steps towards maturity. They support each other and also their families. They think they will be gradually finding a balanced life. Sameer doesn’t want to rush. He is happy to learn lessons with time. Even Naina is happy with the way Sameer has helped her family in trouble. She decides to put some more maturity in him by limiting the expenses. She feels Sameer spends a lot of money without thinking properly, unlike what was taught to her by her family. She belongs to a middle class family and knows the value of money.

She knows Sameer is rich, but wants him to understand the need and right usage of money, so that they never run out of money in future. She finds her own ways to explain Sameer that he won’t spend money on anything unnecessary. She gives some money notes to Sameer to eat instead food, and comments that he spends money without any second thought, which isn’t right. Sameer understands that Naina has taken a new task on her hand and listens to her.

Maai crowns Dhanak as her heir, who will be taking her business ahead. She doesn’t choose Raghu. She calls for a meeting and introduces Dhanak to them. She tells them that Dhanak will be managing her work from now on. She praises her bahu Dhanak, who is really a tigress, she can become their leader. She wants Dhanak to bring benefits for them. She is sure that Dhanak will take their business to new heights.

Dhanak can’t believe it. She wants to refuse to Maai. Maai changes Dhanak by bringing her on a wrong path. Raghu knows Maai is hurting Dhanak and crushing Dhanaks’s IPS dreams further. Maai challenges Dhanak. She knows Dhanak isn’t going to walk on the wrong path. Dhanak gets an idea to agree to Maai’s challenge and then end evil from the roots. She thinks to take advantage of this situation and fail Maai’s plans. She is ready to become a don just to reform Maai.

Sitara keeps a fast for Viraj for his long life. Vrinda is trying hard to break Sitara’s fast. She knows that Sitara will gain more powers if she completes the fast. She wants to turn Viraj into a Vishpurush. She doesn’t want Viraj to get saved from their plans. Vrinda creates fireballs to create heat around Sitara and make her fast worse. Sitara isn’t able to see the fireball. She wonders why is she feeling so much heat. Vrinda will be trying her best to break down Sitara.

Udaan: Anjor recalls her childhood and turns emotional. She thinks of her good times with Chakor, Suraj, Tejaswini and Kasturi. She finds her childhood toys and cries. She embraces Suraj and Chakor’s picture. She wants Chakor’s love again. She then recalls how Chakor has left her because of Raghav. Chanda invites Sameer and Anjor for dinner. Sameer looks for Anjor evrywhere. He finds Anjor in the storeroom. He takes her along and questions her about her relation with Aazaadgunj. Anjor tells him that they both should leave soon. She packs her bags. She asks him to pack his stuff too. He refuses to leave without completing the assignment given by Jatin. Anjor doesn’t want him to risk his life. She explains him that Aazaagunj is a really dangerous place and they should just leave as soon as possible.