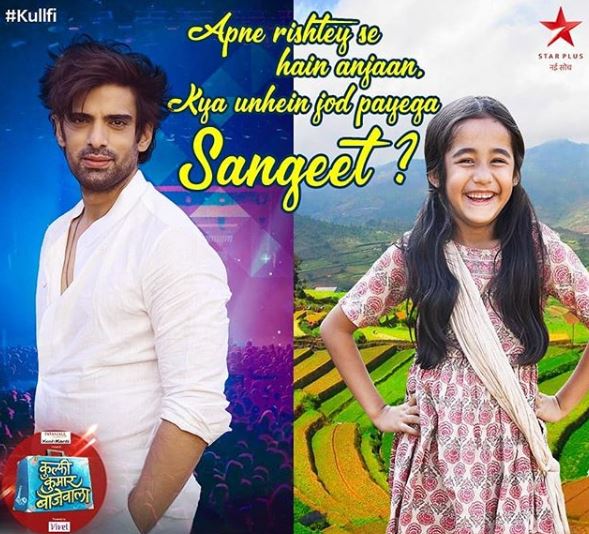 Star Plus Coming up Spoilers Kulfi Kumar: Kulfi tells Sikandar that she doesn’t want to listen to him. Amyra watches Sikandar with Kulfi and breaks down, reminding him his promise. Sikandar feels cursed when Amyra makes an entry and lets Kulfi go away again. Amyra asks Sikandar did he get Kulfi in the competition. She doesn’t want Kulfi in their lives. Mia learns the truth that Kulfi is Sikandar’s daughter, when Amyra blurts out the truth in her frustration. Mia thinks this will be a breaking news for the audience, that Sikandar’s daughter was in the remand home. She wants her show to become the top rated one.

Amyra tells Sikandar that Kulfi will ruin her life. She wants Sikandar to just be with her. Sikandar tells Amyra that Kulfi isn’t stealing him. He calms down Amyra and goes to get water for her. Mia likes the family drama which will earn her high TRPs. Sikandar gets torn between Amyra and Kulfi again. He promises to never leave Amyra. She doesn’t want him to go to Kulfi and emotionally blackmails him. Sikandar asks Amyra to focus on her performance and not spoil it. Amyra wants him to be with her on the stage. Sikandar gets helpless to leave Kulfi on her own for more time.

He accompanies Amyra on the stage. Amyra also turns surprising and gives an amazing performance, qualifying for the next round. Sikandar feels bounded by his promise to Amyra. He can’t have any happiness in the hour of sorrow because of Kulfi’s expected getaway. Lovely doesn’t care for Kulfi and enjoys Amyra’s performance. She feels proud that Amyra cleared the classical singing round. Mia makes a plan to turn Amyra and Kulfi as contenders so that she can raise the drama on the stage. Sikandar gets perplexed when Amyra and Kulfi become competitors in the next round again.

Yeh Rishte Hai Pyaar Ke: Meenakshi makes matters worse for Maheshwari family by calling the police commissioner home to get Mishti and Kuhu arrest. She alleges that Maheshwari girls have provoked Ketki to run away from the house. Mishti and Kuhu try to prove to their family that they didn’t do anything such and instead explained Ketki to return to her family. Abir becomes Mishti’s friend and goes ahead to help her in proving herself. He testifies that he was also in Kutch at the time when Mishti and Kuhu met Ketki. He tells the commissioner that he is the witness that Mishti isn’t behind Ketki’s escape. He gets grateful to Mishti and Kuhu for protecting Ketki until she united back with the family.

Meenakshi doesn’t care for anyone’s pride and dignity at stake. She disgraces Maheshwari family just to call off Kunal and Mishti’s alliance. She doesn’t wish Kunal to marry Mishti or Kuhu. She knows both the girls are very much sharp and modern, and they would teach her lessons if anyone of them becomes her bahu. She thinks its better to upset Maheshwaris to the level that they call off the alliance on their own. She doesn’t want to call off the alliance from her side to remain good in Kunal’s eyes. Abir understands Meenakshi’s politics and apologizes to Mishti on his mum’s behalf.

Meenakshi declares that she has called the police and spoils the mood of Maheshwaris. She then comes up with a sweet apology to cover up her mistake in front of her mistake. Meenakshi tells Vishwamber that she knows how tough it is to maintain the dignity of the family and whatever she has done is just for her family. Vishwamber gets much upset and feels humiliated by Meenakshi. He doesn’t know if they should go ahead with the alliance forming with Rajvansh family or not. Meenakshi learns about Mishti’s condition to know Kunal before marriage by having a courtship. She strongly disapproves Mishti’s concern. Abir realizes Meenakshi’s long planning of rejecting both Mishti and Kunal. He wonders if Meenakshi will ever get Kunal married. Abir tries to bring out Meenakshi’s plan in front of Kunal.