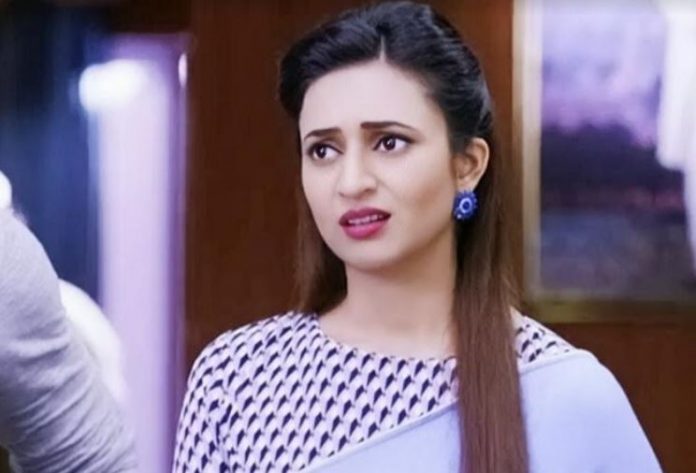 Yeh Hain Mohabbatein Shaina takes Ishita’s place on Sahil’s orders. Raman gets worried when Ishita behaves weird and rude. She tells him that she doesn’t want him to spy on her. She comments that he is behaving weird. He asks her why is she looking strange, as if they aren’t her own family. She informs Sahil that Raman was questioning her. Shagun and Mani find it strange that Ruhi’s friend Seema had escaped. Ruhi tells them that she had met Seema at the same place. She doesn’t know what’s Seema’s back story. Shagun suspects that Seema isn’t a right person. The guard tells them that Seema doesn’t live there. Ruhi hopes that Seem isn’t a victim in the blast incident.

Shagun tells Ruhi that she will find out about Seema. Shagun and Mani drop Ruhi home. The family feels Ishita’s behavior turning more odd since her return from London. The lady in Ishita’s role doesn’t know much about the family. She gets hurting their feelings, unaware that their suspicion is raising high. Raman asks Ishita about the trophy she has received. She avoids him and drives her more mad. Ruhi tries to know about Seema. Shagun tells Ruhi that Seema and Abir aren’t the victims in the blast incident. Ruhi is relieved. She tells Shagun about Ishita’s strange behavior. Shagun wants to talk to Raman about Ishita. Simmi learns about Ishita’s lookalike’s identity, that she is Shaina Shah.

Before she could confront Shaina, she gets at gun point. Simmi scolds Shaina for playing with their lives by replacing Ishita. Shaina stops Simmi from telling anyone to the family. Shaina shows her true colors to Simmi and reveals that she is Sahil’s wife and crime partner. Mani tells Raman that women are often surprising, he can find out what’s bothering Ishita. Raman hopes the same. He wants Ishita to become family strength again. Mani tells Raman that Yug is really good and he has helped Aaliya a lot. Raman is upset that Yug cheated them so badly. Mani is happy that Aaliya is happy with Yug. He wants to accept Yug as Adi, just for the sake of Aaliya’s happiness. Raman can’t forget that Yug deceived the entire family.

Mani is sure that Yug is trustworthy, since Yug has proved his love for them. He asks Raman to trust Yug and give him another chance. He wants Raman to take Yug’s support. Raman wants to talk to Ishita in this regard, since Ishita strongly opposes Yug. Shaina asks Simmi to forget everything, else be ready to face the death. Simmi agrees to Shaina. She can’t believe that Shaina had kidnapped Ishita and taken her place to fulfill Sahil’s revenge. Shaina makes sure that Simmi doesn’t tell the truth to anyone.

Shaina calls Sahil and informs that Simmi had caught her life. Karan finds Ruhi worried for Seema. Ruhi doesn’t want to share anything with him. She scolds him for showing fake concern towards her. Karan makes her realize her mistake. Ruhi apologizes to him and tells him that she won’t be able to trust him again. Karan feels sorry to make terrible mistakes. He tells her that he won’t apologize to her or try to befriend her again. She tells him about her friend Seema, who is missing since the blast incident.

Karan tells her that he will help her in finding Seema. He doesn’t want her to worry. Rohan meets Karan. Rohan gets drunk. Karan asks Rohan if he is following. Rohan is proud that Karan is cheating Ruhi and Bhallas again. Karan takes Rohan home. He doesn’t want Rohan to ruin his life. He wishes to bring back Rohan on right track. He doesn’t want to cheat Ruhi, since he has realized his love for Ruhi.