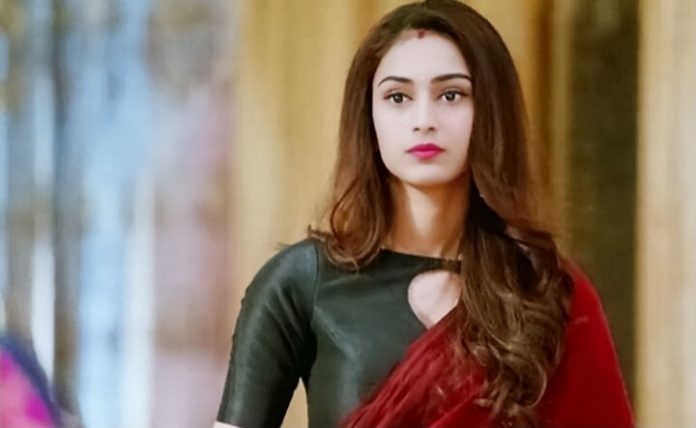 Kasauti Zindagi Kay Prerna is in lockup and remorseful about Anurag’s deceive. Anurag gets angered when Komolika threatens of killing Moloy. He dreams the dangerous situation. He genuinely wanted to help Prerna and reveal the truth to Prerna. He imagines meeting Prerna at the police station and reconciling with her. He thinks it will be risky if Komolika spies on him and learns the truth. He decides to make Prerna hate him and get away from him, so that Prerna moves on in life. Anurag meets Prerna and gives her more reasons to hate him. He tells Prerna that she had to face this since she has troubled his family. He clears out that he wants to live with his wife Komolika.

He asks her to just get out of his life. He tells her that he will bail her out, but on a condition, that she will get away. He wants to help her for Rajesh’s sake. Prerna tells him that she loved him and will keep the marriage, which is actually destined. She tells Anurag that she will always be his wife and will not let him stay in peace with Komolika. She asks him if he has no feeling for her. He tells her that he just loves Komolika. She just wants to be with him.

He angrily tells her about the danger on her life because of Komolika. Prerna doesn’t believe him. Veena meets Prerna and finds Anurag there. She slaps Anurag and reprimands him for not valuing people and relations. He wishes to tell them how much he loves Prerna. He doesn’t want Komolika to harm Prerna. He tells Veena that he wants to help Prerna, but she has to get away from his life. Veena doesn’t accept his help. Anurag turns emotional and thinks of Prerna’s pain. He cries on his life’s big tests. He breaks his phone when Komolika calls him. Veena consoles Prerna. Prerna too gives strength to Veena and tells that she didn’t lose the battle. Komolika plans to become Anurag’s wife and win his love.

Ronak and Muskaan get the permission to conduct the Kanjak puja on the festive of Ram Navami. They get excited that Gayatri is finally melting her heart towards Muskaan. Gayatri is helpless to hurt Muskaan. Kajal blackmails Gayatri to insult Muskaan publicly if she wants to save Ronak’s life.

Gayatri agrees to Kajal, knowing her madness. Ronak and Muskaan finish the preparations on time and make everything look perfect to Gayatri. They wish that Gayatri values their efforts. Ronak wants Gayatri to accept Muskaan as her Bahu, so that Muskaan can accept their marriage. He is sure that Gayatri will not ignore their happiness now. Sujoy confronts Kajal about her truth. He gets terrified on knowing how Kajal has brutally murdered Shantanu. Kajal threatens to ruin Sujoy if he brings her truth out.

Sujoy gets helpless, even after knowing her truth. Kajal plays her game safe and insists Gayatri for Ronak and Muskaan’s humiliation. At the time of puja, Muskaan expects Gayatri’s happiness and acceptance, but she receives a shock when Gayatri leaves no stone unturned to insult her. Ronak can’t believe Gayatri’s shocking move.