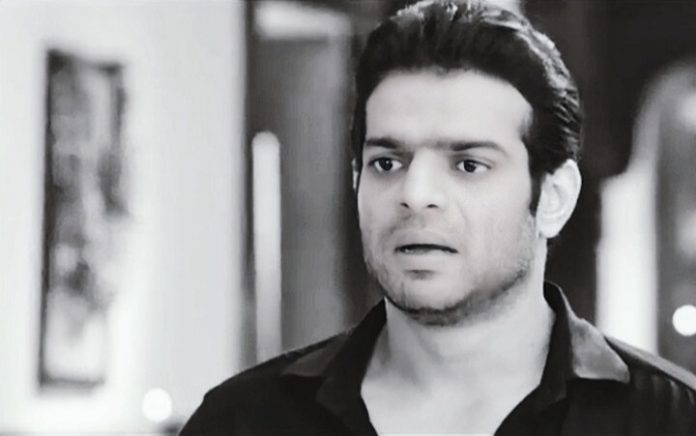 Yeh Hai Mohabbatein Shocking mystery. Raman finds Yug’s behavior confusing and thinks to find his motives by following him. Raman wants to know Yug’s past and if there is anything he should know. Raman wants to secure his family first. Yug lies to entire family and goes to meet someone from his past. Yug meets his friend and tells him that things can go wrong, so better he stays outside for safety. Raman follows Yug secretly to know the truth. Shaina also lands in the same club and gets the lovely gift from Sahil. She goes to get into her real avatar. She changes Ishita’s get up and turns into Shaina again. Raman doesn’t see Shaina/Ishita there and keeps his eyes on Yug. He wants to know whom is Yug meeting so secretly.

Meanwhile, Ruhi and Aaliya get to see Simmi, who panics in fear and names Ishita as a threat to her. Ruhi gets puzzled and wants to know the matter from Simmi. Aaliya feels Simmi is just dreaming and it makes no sense at all. On the other hand, Rohan wants to take revenge on Bhallas. He demands Karan to call Ruhi. Karan tricks Rohan once again, so that Ruhi isn’t troubled. Mani sees Shaina and gets mistaken that she is Ishita.

Mani wants to know what’s Ishita doing at the club and gets puzzled. He gets mistaken that maybe Raman and Ishita have come on a date. He doesn’t interrupts and goes away.

Raman confronts Yug for lying to him and coming to the club. The mystery man who calls Yug for the meet sends his aide to rescue Yug from Raman’s suspicion. The aide lies to Raman that Yug has come for a job interview. Raman gets glad that things got clear, and Yug is clean. Raman gets fooled by the fraud man. Raman wants to help Yug in getting work. He advises Yug to join his office. He assures that he will talk to Ishita about him. Yug knows the manager just lied on someone’s orders. He asks the manager why did he lie. The manager tells Yug that someone has sent a note for him. Yug gets the threatening note.

He doesn’t want Raman and Ishita to face more issues. He also worries for Aaliya’s disturbed state. He shows the strange note to Ranbir. Ranbir feels its really dangerous and they should share the matter with Raman. He advises Yug not to break Raman’s trust. Yug feels Raman is already facing many problems. He wants to handle everything alone. Raman gets a huge shock on seeing Sahil with his wife there. He can’t believe on seeing Ishita, when Sahil introduces her as his wife Shaina.

Raman turns restless as if someone has snatched his breath. He can’t tolerate Ishita with the don Sahil. Raman wants to confront Ishita and know the truth. He isn’t allowed to meet Sahil and Shaina. He gets kicked out by the bouncers. Raman spies on Sahil and wants to know the truth behind it. Raman worries and risks his life to reach Ishita. He wants to know Ishita’s real identity. Many questions roll in Raman’s mind suddenly, and he knows that just Ishita can answer him.