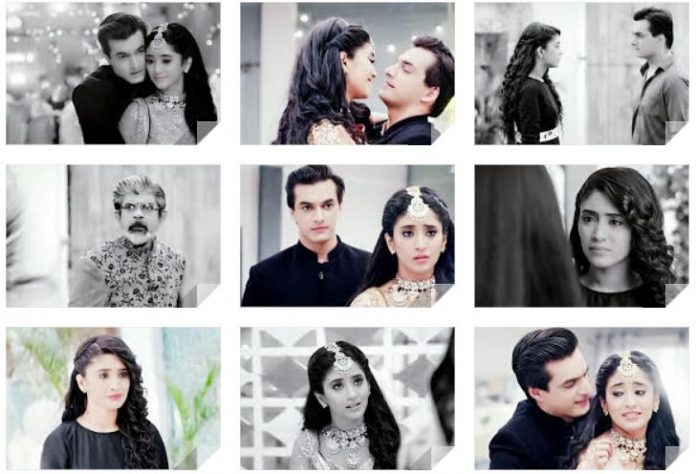 Yeh Rishta Star Plus Kartik misses to witness Dadi and Naira’s quarrel. He enjoys the celebrations with the family. Dadi demands Naira not to tell anything to anyone in the family. Dadi begs Naira to conceal the truth. Naira is much worried that she can’t tell this to anyone. Dadi knows Naira is a rebel, and is scared of her reaction. She wants her family to be secured. She also fears for Mansi’s marriage, which may break if they break their silence. Naira vents out her anger and frustration, dealing with everything all alone. She feels helpless that she isn’t able to help out Mansi any way.

She knows Purushottam is wrong, and tolerating injustice is also wrong. Dadi gets afraid seeing Mansi’s tears. She knows Mansi has been wronged by Purushottam. She stays upset with her brother for not changing his ways and badly eyeing Naira. She avoids Purushottam, and feels helpless for the sake of her own family.

Dadi warns him that his truth is going to come out. Naira reveals Purushottam’s truth to Kartik. She gains courage to tell him the entire matter. He slips in shock on hearing the bad truth, which can’t be forgotten and forgiven. Dadi worries that Kartik won’t be able to tolerate the truth.

Proving his true love towards Naira, Kartik instantly believes Naira, knowing she has valid reasons to tell this to him. Kartik loses his temper and wants to shout Purushottam’s truth to entire family. He gets shouting to vent out his frustration. He tells that he can’t let Purushottam get away with his act. He wonders how painful it was for Mansi to hide everything and stay silent since years. He feels Mansi’s pain. He tells Naira how much hurt and broken he is feeling within. He tells Naira that he will get justice for Mansi right now. He wants to punish Purushottam. Naira gives another shocker to Kartik by revealing Purushottam’s dirty act. She tells him how Purushottam tried to misbehave with her.

This drives Kartik more mad. He questions Naira over bearing everything alone and not sharing with him before. She tells him that she wanted to tell him the moment this incident happened. She doesn’t believe that keeping silence is any solution to this problem. Kartik knows Naira is strong and won’t tolerate the injustice. Naira manages to calm him down so that they can expose Purushottam’s truth to the family.

She explains him that everyone respects Purushottam and won’t believe this so easily, without any proof. Naira reveals to him that Dadi already knows the entire truth and decided to stay silent. Kartik can’t believe that Dadi has accepted this injustice with Mansi. He wants to confront Dadi first. Naira asks Kartik not to take any step in anger and ruin things. Kartik understands Naira’s plan to bring out the truth in a way that family believes them. Kartik dreams of bashing up Purushottam and exposing his truth to the family. He knows that the family may not believe Naira and Mansi.

He decides to execute Naira’s plan in Samarth’s bachelor’s party and expose Purushottam. Naira threatens Purushottam that she will expose him with the valid proof. She better asks him to accept everything on his own. Ila knows Naira’s trap for Purushottam, and reaches to rescue him before he accepts his crime. Ila fails Kartik and Naira’s plans.