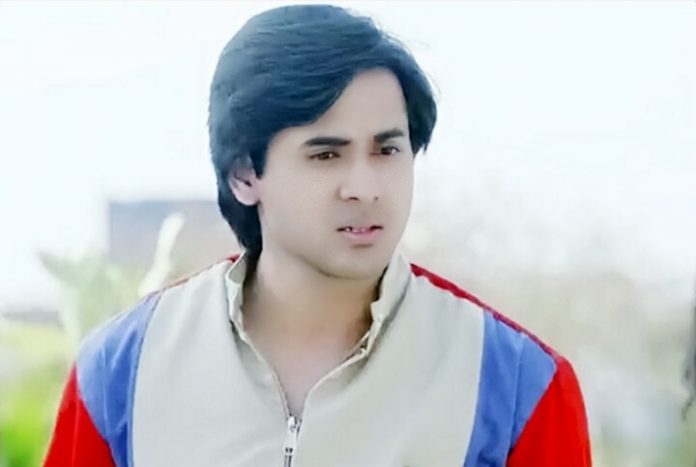 Yeh Un Dinon Guddan Krishna Ghatbandhan Dhanak saves Raghu from the goons, but ends up disappointing him more. Raghu didn’t fall in love with any evil person. He wants Dhanak to be good like before, so that he can be proud of her love. He doesn’t know why is Dhanak agreeing to Maai and becoming evil, by leaving her existence and identity. Dhanak knows how to convince Raghu. She goes to explain her feelings to Raghu. He doesn’t know if she is helping him or not. Dhanak wants his attention. He invites the dons’ home. Dhanak doesn’t want her real motives to surface. Raghu wants to know her truth. He does this for a reason. Maai gets upset when she loses don’s status. The people treat her like a normal woman and argue with her. Maai tries to tell them that she is still a don and people have to be afraid of her.

Meri Hanikarak Biwi:
Ira decides to leave the house. Akhilesh and Mishri try their best and stop Ira. Akhilesh gets his old avatar and confesses love to Ira once again. Pushpa has forgiven Ira after knowing Kunika’s evil. Ira finally accepts Akhilesh’s love, by forgetting all her anger and annoyance. The couple gets along once again. Pushpa and children unite Akhilesh and Ira. They have a cute moment of union. Devina is unhappy seeing Pushpa’s family completing with Ira and Mishri.

Guddan Tumse Na Ho Payega:
Durga knows that she will be soon caught by AJ. The family learns that Akshat didn’t lose his memory. Angad gets exposed. Dadi slaps Angad and reprimands her. Durga is worried for her brother. She doesn’t want her truth to come out. Rocky had provoked Angad. She doesn’t want Rocky’s truth to come out. Rocky kidnaps Angad. Durga doesn’t want Rocky to kill Angad. She gets helpless and reveals to Akshat that Rocky had attacked him. Akshat and Guddan thank Durga for revealing the truth to them. Durga plays safe and cleans her name from the entire evil game. Akshat finally accepts Guddan as his wife.

Krishna Chali London:
Shukla and his wife meet Krishna and her family. They make an apology to them. They don’t want Krishna to live in sorrow. They want to fulfill Radhe’s dream and get Krishna educated. They are happy that Radhe got justice. They want Krishna to complete her studies. Krishna tells them that she doesn’t want their help. She feels fate will never support her, she has faced a lots of problems in her life because of Shukla family. She rejects their help, and wants to manage her life on her own. Krishna has always thought for others and ruined her life. She wants to focus on her own life.

She asks Bela to tell her where she has gone through. She wants to know her mistake and rectify. She is confused and vents anger on herself. She tells Bela that she doesn’t want to ashame them by being so immature. She packs her bags and tells Bela that she will go back to Sameer. Bela asks her to wait until Anand comes. She asks Bela not to worry and rectify her mistakes so that she can keep Sameer happy.

Yeh Rishte Hai Pyaar Ke:
Meenakshi brings the drama in Ketki’s haldi. She tells Mishti that she will never accept the condition of marital courtship. She doesn’t want Mishti to get problems for her family. Meenakshi feels Mishti is the worse choice than Kuhu. Kunal agrees to Mishti’s condition, but only of Meenakshi accepts. Meenakshi wants to teach a lesson to Mishti, so that the condition gets ended from the root. Meenakshi has a different perception. There is much tension because of Meenakshi and Mishti’s clash of ideologies.