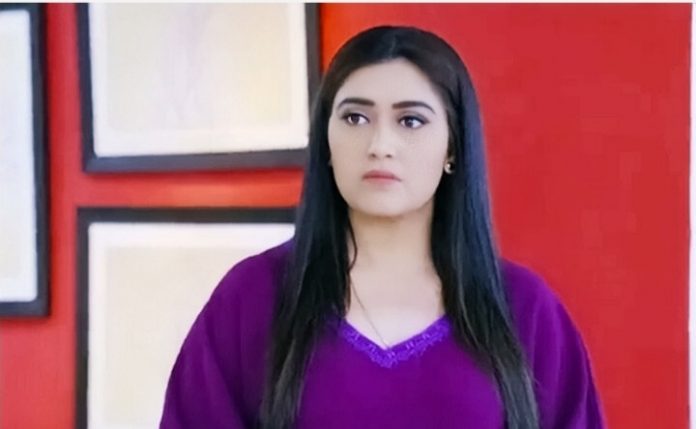 Yeh Hai Mohabbatein Coming up. Yug is worried and wants to know the person from his past coming into his present. He hides his tensions from Aaliya, knowing she is mentally disturbed already. He ends up upsetting Aaliya. He didn’t wish Aaliya to get hurt by his past. Aaliya thinks Adi is behaving strange and hiding something from her. Yug doesn’t want Bhallas to face more troubles. Meanwhile, Raman faces a big trouble when he enters the club to meet Ishita. He gets interrupted by the police raid suddenly. He fails to prove himself that he has seen Ishita with a don. Sahil disappears from there because of the police raid. Shaina leaves with him.

Raman takes help from the police to find Ishita, but in vain. He thinks to go home and confront Ishita for cheating him. He can’t understand why was Sahil addressing her as his wife Shaina. Raman rushes home to confront Ishita for being with their big enemy Sahil. There happens a big confrontation between them. Shaina lies to him that she was at the clinic and attended the emergency, she wasn’t there at the club as per his blame. Raman tells the family that he has seen Ishita with Sahil, and he isn’t lying as well. He wonders what’s the truth if she is also claiming to be saying the truth. He wants to know what is she hiding.

Shaina misleads the family and tells them that Raman is much drunk, and maybe he is imagining things. She asks him if he has lost his mind that he is putting such accusations. Raman gets raged up knowing she is cleanly lying. He wants to believe his eyes, but not any false evidences that supports that she was at her clinic. After a heated argument, Shaina prefers to not answer anything to Raman. Ruhi finds her behavior strange and wants to believe Raman. She knows Raman can never blame Ishita without a solid reason. She shares the incident with Simmi. She tells Simmi how Raman had claimed that Ishita is Shaina Shah. Simmi can’t believe this. Simmi gets helpless since she can’t tell Shaina’s truth to Ruhi.

She just wishes that Raman finds the entire truth about Sahil and Shaina’s revenge plan by fooling the family. Simmi decides to stay quiet, since Shaina threatens her again. Meanwhile, Sahil suspects someone for informing the police about his dealing at the club. He wants to know who is the secret informer trying to ruin his business. He asks his aide to find out the traitor. On the other hand, Raman gets a new clue when he meets Mani.

Mani testifies that he had seen Ishita at the club last night and supposed that its Raman and Ishita’s secret date. He tells Raman that that’s the truth. Raman gets puzzled and more certain that Ishita is lying to him. He wants to know the reason for it. Mani gets worried when Raman tells him that Ishita was with Sahil in the club, that too as his wife Shaina. Mani asks Raman to find the truth.

Meanwhile, Rohan gets hell bent to take revenge on Ruhi. He asks Karan to invite Ruhi for dinner. Karan wants to avoid this knowing Rohan’s intentions aren’t good. He worries for Ruhi. Simmi stays within her room all day and bounds herself to get saved from Shaina. Aaliya wants to know what’s bothering Simmi. Shaina threatens Simmi. Simmi knows that Shaina will soon get exposed and Raman will find the real Ishita. The big mystery of Shaina and Ishita’s twisted swapping will be known.