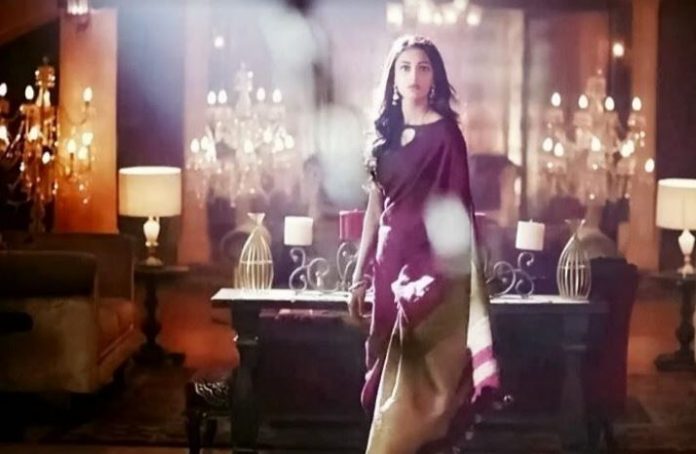 Kasauti Zindagi Ki Prerna returns. Komolika shows the video evidence to Prerna. She tells Prerna to watch it and understand, how much Anurag values the money. She shows the edited video to Prerna. She asks Prerna to believe the evidence now. Prerna falls in Komolika’s web of lies and feels Anurag has really sold her love. She can’t believe that Anurag has dealt her love for money. Komolika wants to find out if Anurag has really met Prerna last night. She doesn’t want to spare him if this is true. She calls his manager and learns that he didn’t attend the office last night. She realizes that he had lied to her.

She goes home and yells at Anurag for cheating her. He gets worried that she knows about the slap incident and also about hiring a lawyer for helping Prerna. She confronts him about meeting Prerna in the jail. He gets big time relieved and cooks up a new story. She tells him how Prerna has told her about their romance. He asks her not to fall in Prerna’s mind games. He clears out the matter to Komolika.

He tells Komolika that he met Prerna just to insult her and show her the right place. She feels he is cheating her. Lawyer meets Sharma family and tells them that he will be fighting their case and help Prerna. Veena gets happy to know that someone has sent the lawyer for them. She doesn’t know that Anurag is their well wisher. Komolika doesn’t believe Anurag. He gets more convincing in his story. He gifts her a necklace. He tells Komolika that he was busy in buying a surprise gift for her. She gets much pleased seeing the necklace. Anurag feels like suffocating her. He hurts her in anger. He takes her in confidence. He wants to make her life hell. She tells him that she will be watching Prerna losing in the court.

She tells Anurag that Prerna will be soon getting punished for her fraud. Nivedita reaches them and tells that she has seen Prerna at home. Anurag and Komolika get a shock knowing this. Prerna confronts Anurag. She tells him that someone has helped her and not everyone is selfish like him. Anurag doesn’t reveal that he has helped her by sending the lawyer. He bears her taunts and bitterness.