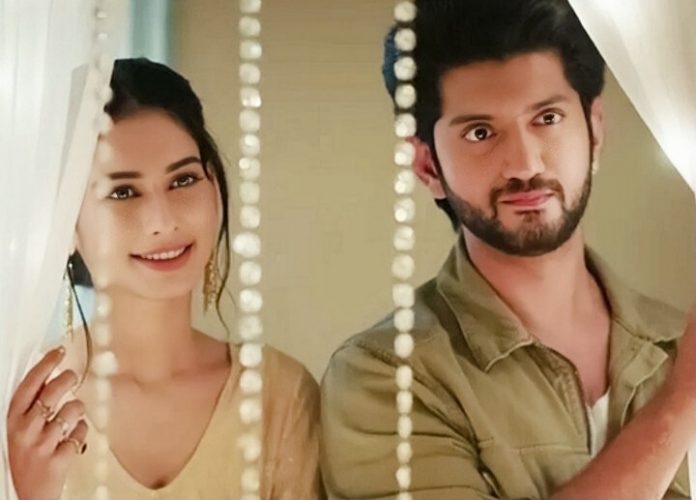 Silsila Upcoming twists turns. Mishti misses Ruhaan and watches her picture. She doesn’t see Veer and just thinks of Ruhaan. She wonders what’s happening to her. She covers up Veer’s picture and just focuses on Ruhaan. She wants to limit her heart. Arnav tears the greeting card which Pari has bought for Ruhaan. He cries and wants to know why Pari doesn’t understand his love. He misses Pari and wants her love. He wishes that she accepts his love some day. Pari calls Ruhaan to meet him and confess her feelings. Ruhaan doesn’t answer her call. Pari wants to tell him that she loves him. She wants to spend time with Ruhaan. Mishti imagines Ruhaan with her, while Ruhaan imagines Mishti with her. Ruhaan tells her that she is not with her, but still she is in his heart, but he regrets that they can never unite. He feels the pain that he can never achieve his love.

Mishti also thinks of him all the time and feels they can never unite. She questions her feelings if she loves Ruhaan or Veer. She tries to analyze her to know for whom she longs. She thinks Veer and her relation have no troubles, since they both like each other, maybe she is just getting attracted to Ruhaan since Ruhaan is staying as a paying guest in her house.

She thinks once she marries Veer and goes home with him, she will be slowly forgetting Ruhaan. On the other hand, Veer is worried that maybe his relation started suffering.

He gets insecure by Mishti’s indifference. He tells his mum that he is afraid to lose his love. His mum encourages him and asks him not to think of anything such. She tells him that nothing will go wrong in his relation with Mishti. Pari thinks of sharing her feelings for Ruhaan with Mishti. She thinks Mishti dislikes Ruhaan and maybe she will stop her from confessing love to Ruhaan. She decides to not tell anything to Mishti. She doesn’t want Mishti to get upset.

Ruhaan’s car breaks down. His hand gets hurt while he changes the tyre. He gets to see Pari’s missed calls. He thinks to talk to her. Mishti and Veer decide to meet for a talk. Mishti apologizes to him. She gets ready to meet Veer. Veer wants to explain her how much she matters to him. Mishti gets diverted when Ruhaan calls up Pari. Pari decides to keep a secret from Mishti, until she is sure about Ruhaan and he accepts her love. Mishti too hides her feelings for Ruhaan from Pari. Their secret love tales will draw complications in their lives.