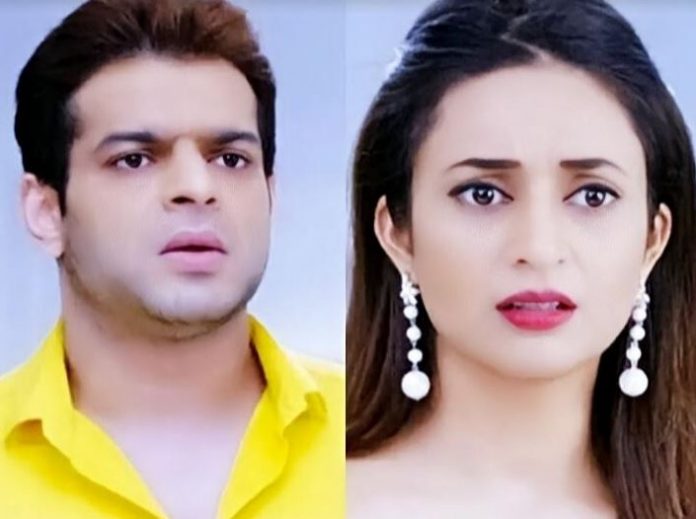 Yeh Hai Mohabbatein Dangerous game Yug wants to know the person blackmailing him. He goes to meet the mystery man and gets interrupted by Vishal, who pops up suddenly to meet him. The mystery man threatens to ruin Yug, who has committed another mistake by getting his friend. Yug gets worried and doesn’t know what enmity that man has with him. Rohan and Karan plan a charity event to keep up Sudha’s image. Rohan makes Karan busy in the charity dinner arrangements. He wants Karan to invite Ruhi and Aaliya in the event, so that his evil plan works out. Ishita makes her assistant lie to the family. Raman tells Ishita that she isn’t Ishita or she is hiding something big, because he knows her drama. Shagun wants to end the confusion than arguing like this. Ishita asks them not to doubt on her, she won’t explain her further.

She asks the family to believe their eyes. She doesn’t want to clear the facts for them. Malhotra tells Karan that they have to invite Raman and his daughter for the charity event. He asks Karan to personally invite them. Karan agrees to him. Malhotra informs Rohan that Karan will himself call Ruhi and Aaliya now. Ishita asks her assistant to lie on her orders. She threatens her assistant by keeping her family under threat.

The family doesn’t know if Ishita is lying to them. Raman wants to know what is she hiding. Shagun tells Raman that she will just go and give the dentures to Ishita again. Ishita stops Shagun from checking the dentures, which contains the costly diamonds. Ishita lies to Shagun and checks the diamonds herself. She asks her assistant to not reveal the truth to anyone. Raman finds Shagun worried because of Ishita. Shagun tells Kiran that she has seen something very sparking like a diamond inside the dentures.

She doesn’t know what’s Ishita doing. Ishita is smuggling the diamonds for someone. Kiran doesn’t think anyone will trust Shagun if she reveals about Ishita’s dishonesty. Karan tells Sudha that he had forgotten about the charity dinner. Rohan stops him from knowing his plans. He doesn’t let Karan figure out the truth. He lies to Karan that Sudha wants the event to happen.

Rohan asks Karan not to call Sudha now, since she has gone to take a nap. Karan requests Rohan not to drink in the party so that he stays in control. Rohan wants Ruhi and Aaliya to confirm their invite acceptance. Shagun tells Raman that they will soon find the logical reason behind Ishita’s move. She knows that Ishita is doing everything to protect the family from Sahil.

Raman tells her that Ishita is taking a big risk by getting involved with Sahil, he is really dangerous and Ishita should share the problems with them. Shagun asks him to be calm and talk to Ishita to get all the answers. She asks Raman not to give more stress to Ishita. Raman tells her that he wants to get clear of all the tensions. Ishita hides the diamonds in the dentures. She meets Shamshad and tells him that she has dropped a diamond, maybe its at home. Shamshad asks her to get the diamond in time. She checks the CCTV footage. She finds Kiran claiming the diamond and keeping it with her by lying to Bhallas. Ishita tells Shamshad that Kiran has taken the diamond, but she will get it back. Kiran worries that Shagun was saying the truth about Ishita. She wants to know if Ishita is in any problem.

Mihika needs help when her car breaks down. He finds Shamshad threatening to kill a man. She tries to save the man. Bala stops Mihika from getting involved in any matter of Sahil and his goons. He takes her home. Kiran spies on Ishita to know her truth, if she is Ishita or Shaina, Sahil’s wife.