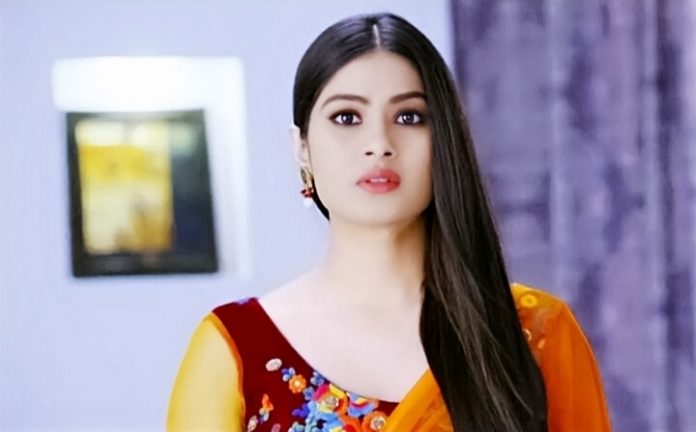 Yeh Hai Mohabbatein Frightful revelation. Ishita tries to get the diamonds from Kiran. Kiran lies to her that she doesn’t have anything. Ishita asks her not to lie. She asks Kiran if she has told anything to Shagun. Kiran asks Ishita why is she doing this. Ishita gets threatening to Kiran about her children. She asks Kiran to focus on her children instead her and the diamonds. Kiran hands over the diamond to her. Ishita asks Kiran not to tell Shagun about the diamond. Kiran doesn’t tell the truth about Ishita’s blackmailing to Shagun. Ishita tells Kiran that there are cameras set up everywhere in both Bhalla and Iyer house. She asks Kiran not to come in her way. Kiran wonders what happened to Ishita.

Meanwhile, Rohan meets Aaliya at the event. She thanks him for all the help for arranging a stall for her project. Yug and Karan get into an argument. Yug is angry that Rohan invited Aaliya for dinner. Karan admits the truth that he had sent Yug as Adi in Aaliya’s life to separate Aaliya and Rohan. He asks Yug to just handle Aaliya, and not mess up with Rohan.

Rohan and Aaliya get a huge shock when Karan and Yug’s planning gets known to them. They can’t believe how Karan and Yug cheated them. Aaliya shatters with the truth that Yug isn’t her Adi, but just an imposter. Aaliya cries out her pain for believing that Yug is Adi. Rohan tells her that he had told her many times that Yug is an imposter.

Aaliya apologizes to Rohan for not believing him. Rohan asks her to promise that she will always stay with him. Aaliya promises him. Rohan confesses love to her. All the lovely moments become a part of Rohan’s dream. Rohan is sure to turn this dream true. He really wants to expose Yug in front of Aaliya. Kiran spies on Ishita and finds her meeting Shamshad to give the diamond to him. Kiran wonders if Ishita changed or if she is harming someone. She thinks its Ishita’s lookalike Shaina. She wants to tell Raman about her. Raman tries to check Ishita’s phone. Ishita stops him from spying on her. He asks her to tell him if Sahil is troubling her. She tells him that she isn’t in any trouble. He finds her lying again.

She wants to know why are they after her all the time. She goes to stay with Kiran, so that she can avoid Raman. She tells Kiran that she will keep an eye on her. Ruhi confronts Ishita for her indifference. Raman stays angry and asks Ruhi not to force Ishita for anything. The family worries for Mr. Bhalla’s injury. Raman finds Ishita unconcerned for elders and family. Raman wants to help her by finding the truth.

Simmi tries to tell Raman about Shaina, who is living in Ishita’s place in the house. Ishita stops Simmi from revealing anything. She gets threatening Simmi once again. She asks Simmi to think of her family, since her wrong move can get them killed. Rohan orders a bracelet for Aaliya. He tells Karan that he will auction the bracelet and donate the amount. Karan likes the great idea and is happy to raise more funds. Rohan feels sorry to lie to Karan. Rohan loves Aaliya a lot and wants her back.

Raman finds Yug troubled once again and asks him the matter. Yug doesn’t tell him about the mystery man’s blackmailing move. Raman wants him to share his problems, so that he can help him out. He tells Yug that hiding problems will just make things worse for him. Yug is worried to get more threatening messages. Yug takes Ruhi and Aaliya for the charity dinner. He wishes all the best to Aaliya. Yug wants to stay around Aaliya and protect her.