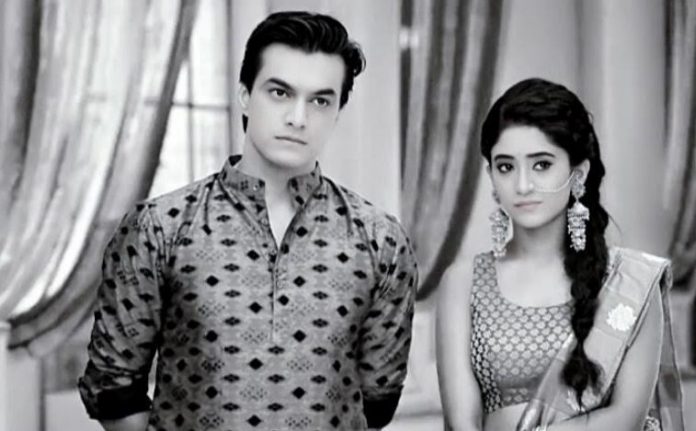 Yeh Rishta Kartik Naira to finally get rid of Purushottam. Purushottam gets arrested and goes away from Goenka house. Dadi apologizes to Naira and Mansi, for not supporting them before. Ila feels ashamed to stay back with Goenkas, since Purushottam has done much evil with them. Naira tells them that they should proceed with Samarth and Gayu’s marriage rituals. The family feels nothing wrong has happened much and everything is fine since they all are united. They get together and conduct Samarth and Gayu’s marriage. They congratulate the newly weds for their marriage. Kartik and Naira dance to celebrate their happiness with everyone. They all get happy and wish Samarth and Gayu a new life.

Manish and Akhilesh later talk to Dadi and get angry on Purushottam’s misdeeds. Dadi asks them to forget this matter and not talk of Purushottam again. They just think of Mansi’s pain and sorrow. Akhilesh stays disturbed. Purushottam calls Dadi and Manish to threaten them that he will ruin them. He tells them that if they have taken much help and support from him before, if he can help them make their business, then he can ruin them too, he will initiate their bad time and now they will be shedding tears. Dadi gets worried by his threatening. Manish asks Dadi not to worry for Purushottam’s threatening, none can harm them.

He assures that he will protect the family. Purushottam tells Dadi that he could have called the lawyer when he was allowed to make one call, but he has chosen to call them and break their peace. He tells Manish that he is very angry, since Ila ended ties with him, and now he will not spare anyone in Goenka family. Manish consoles Dadi. He deals with the tensions alone. Kartik expresses his feelings for Naira. He gives her a trophy and tells her that she is really brave. He thanks her for showing courage to get justice for others. He thanks her for coming in his life. He feels lucky that she is in his life. He makes her feel special.

He gets on complimenting her. She tells him that she loves him a lot. They both express their love. She asks him not to praise her much, else their relation can catch any bad sight. Kartik tells her that he will always stand by her, he will always support her. He believes in her understanding and courage. He tells her that she should do just the right thing, even if he isn’t supporting her. They both have a romantic moment after a long time.

Later, Mansi and Anmol pack their bags to return home. Mansi thanks Naira for being so good towards everyone. She is happy that Naira is with Goenka family. She asks Naira to always be courageous. Naira tells Mansi that every girl has hidden courage in them, they just need to realize it. Samarth and Gayu head to the temple for post marriage rituals. Dadi asks them to take blessings from Kuldevi. Kartik and Naira find the family happy. They wish that their family always stays happy. Manish gets stressed because of Purushottam, who ruins Goenkas’ big deal. Manish tells Kartik and Naira that they lost a big deal and now they are finished. He gets a heart attack and collapses. Kartik and Naira get a huge shock with Manish’s condition.