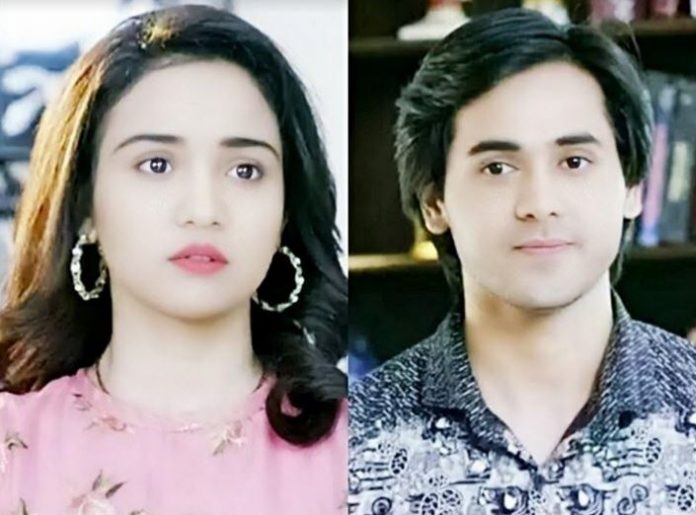 Yeh Un Dinonn Ishq SubhanAllah: Kabeer and Zara meet after one year when their divorce proceedings begin. She feels hurt that he didn’t come to see her when he knows about her presence. She thinks he doesn’t love her anymore and its better that she also forgets him. She feels if she should give another chance to Kabeer and her relation. She thinks maybe Kabeer’s love has ended completely. Kabeer doesn’t know about Zara and advises her that if her husband doesn’t value her and wants to be free, then she should take Khula from her husband, so that her husband and she get happiness. She is heartbroken that she is ending her relation. She wants to try her best to save her relation. She meets Kabeer.

They get a one month period to reconcile and end their hatred, if possible. Zara doesn’t think that Kabeer will change his perception. She has much pain within her. She wants to free Kabeer from the marital bond. She still loves Kabeer and is deeply hurt. She doesn’t want to have any more clashes with Kabeer because of their different perceptions. She thinks they will never be able to live happy until they resolve their differences.

Yeh Un Dinonn Ki Baat Hai: Sameer and Naina are entering their new lives. Sameer and Naina inaugurate a boutique. He gets best wishes from Naina’s family. Sameer takes blessings from Anand and Bela. Anand guides him towards making a good career. Sameer wants to become financially stable. He is sure that Naina will understand him. Sameer and Naina want to overlook their family differences and backgrounds. They were reacting a lot on their little issues. Sameer wants to make his own business and run his house, since Mama ji has removes him from the factory. Sameer chooses the boutique work. Sameer wants to earn money and make his family proud of him. Anand asks Naina to always support Sameer by being his strength, and not let him take any wrong decisions. Sameer is also sure that Naina is more sensible and wise in taking good decisions.

Vedika and her aunt work in the exhibition. Vedika had refused to an alliance. Kamini meets Vedika and insults her for refusing to marriage. Kamini praises her brother. She slaps Vedika in anger. Vedika has no believe in marriage now. Kamini tells the women that maybe Kamini has some fault that she has refused for marriage.

She tells the women that no bachelor will marry a divorcee. Sahil witnesses the moment and supports Vedika. He tells the women that he will be marrying Vedika, he is a bachelor and he doesn’t find anything wrong to marry a divorcee. He scolds the women for having such a bad mindset. Vedika gets impressed since Sahil speaks well in her favor. Sahil respects Vedika. He saves Vedika from the humiliation. She finds it strange that Sahil always comes to her rescue.

Haryali enters Sitara and Viraj’s lives. Haryali has most powers, which are positive. She asks Viraj to let her stay in haveli for a month. Viraj agrees to her. He introduces Haryalo to the family. Haryali surprises everyone by her funny side. Haryali is made of nature and talks to animals and birds. She is very much cheerful. She wants to use her superpowers. She can control the nature. She wants to save Sitara and Viraj from the Vishkanyas.