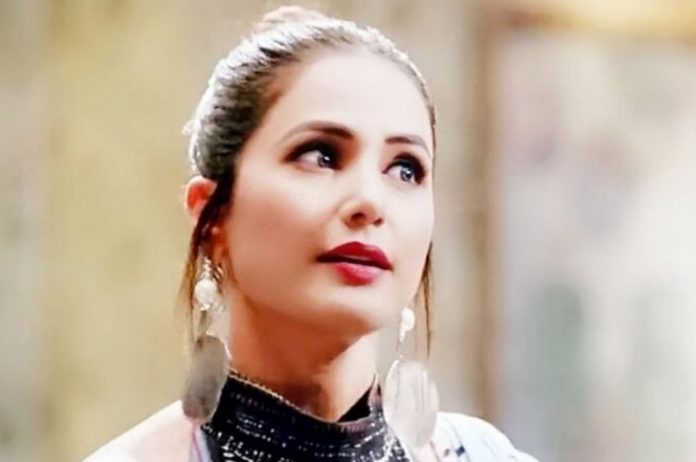 Kasautii Zindagii Ki Komolika scolds Anurag for always blaming her. He asks her not to doubt on him. He goes to make coffee for her. He goes to kitchen and finds Prerna trying to get the flour container. He offers her help, but she refuses to take his help. He gets the flour container out and it slips from his hand. Anurag and Prerna have a moment in the kitchen, when the flour falls over them. They play with the flour. They get romantic and hug. She then takes the chilli powder to throw at him. He asks her if she doesn’t care for his pain. She tells him that he is zero for her. He laughs recalling their old moment. He cleans the flour from her hair. Anupam finds them together and gets happy.

Anurag and Prerna have an argument. He apologizes to her for his misdeeds. Prerna gets confused about him. Anupam asks them to get away before Komolika sees them together. Prerna thinks what is the truth. Prerna collides with Komolika and asks why is she making the house dirty by dropping the flour everywhere. She thinks if Prerna has tried to woo Anurag again. She doesn’t think Anurag will fall for Prerna again. She goes to see Anurag. She hears Anupam and Anurag talking.

Anurag confesses his love for Prerna. He tells Anupam that he hates Komolika and wants to kill her. He wants to take revenge on Komolika. He expresses how tough it is for him to pretend love for Komolika. Komolika gets angry on Anurag and wants to confront him. She wants revenge on Anurag and Prerna. She feels Anurag is playing mind games with him. Komolika throws the things in anger and wants to hurt Anurag. She plans to get Moloy killed in the hospital so that she teaches a lesson to Anurag and his family. Komolika gets into her anger mode. She is sure that none can save Anurag and Prerna from her. Komolika doesn’t want to spare her enemies. Moloy gets conscious from his coma. He wants to go home and meet his family, but Komolika has plans to end his life.