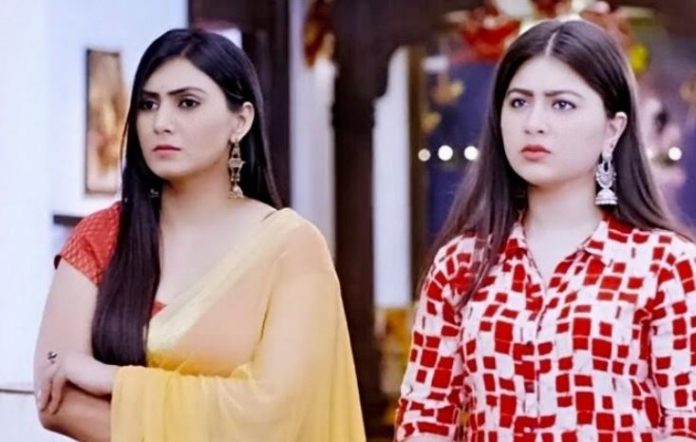 Yeh Hai Mohabbatein Huge storm. Karan demands Malhotra to reveal Rohan’s plan so that he can rescue Aaliya. He wants to know what is Rohan up to and where did he take Aaliya. Karan learns that Rohan had spiked Aaliya’s drink and taken her to a hotel room. He can’t believe this and wants to stop Rohan from making a big mistake. Karan and Yug stop Rohan from molesting Aaliya. Aaliya can’t believe Rohan’s cheap mind and gets against him totally. Rohan fears that she will forget him if he just stays as her friend. He doesn’t want Yug to flirt with his wife. He tells Karan that he can’t let Yug stay with Aaliya. While he shares his pain and justifies his misdeed, Karan fumes on his cheap act, which made Rohan fall in everyone’s eyes. Rohan loses everyone’s trust by his mistake and cries out his love for Aaliya.

Karan doesn’t want to support Rohan again. He tells Rohan that Aaliya will hate him now. Yug gets angered on Rohan. Ruhi suspects Karan was involved in Rohan’s plan and holds him responsible. Meanwhile, Raman gets tensed about Ishita’s absence. Bala and Raman try to find her.

Bala finds her with Sahil and gets puzzled when she mislead Raman by a clean lie. He wants to know why is Ishita cheating Raman this way and what is she up to by getting involved with a dangerous don like Sahil Shah. Bala gets unclear of her intentions and wants to find out by digging the matter. Karan meets Ruhi to make an apology. Ruhi slaps him in anger and scolds him for stooping so low. Ruhi tells Karan that she was trusting him for a while, but now she has realized her mistake that he can never be trusted. She feels Rohan can’t plan everything on his own and surely Karan has helped him. She yells at him for making Aaliya suffer again.

Karan tries hard to explain his innocence, but lose her trust. Ruhi tells Karan that she wants him and Rohan out of their lives. Karan promises to stop Rohan from harming Aaliya or Bhallas. Bala gets worried for Ishita and discusses his concern with Kiran. She writes a chit to make him aware of the shocking things happening around. She tells him about Ishita’s weird behavior and how she has bugged the entire house to keep a watch on them.

Bala wants to get to the root of the matter and know why is Ishita helping Sahil. He fears that her life is in risk. He stays in stress because of Ishita. He tries to meet Raman and tell him that Ishita isn’t for real, she is someone else. Bala asks Raman for a lift, but Ishita intervenes to stop them from talking. Raman wants to help out Bala. Ishita convinces Raman of her love again by showing her normalcy. Raman rejoices that everything is getting fine.

Bala thinks its a storm coming up and he better alerts Raman in time. Sahil gets revengeful against Ishita’s mum, who insults her and also speaks ill of Muskaan. Sahil wants to ruin Raman, Ishita and their families by hitting on their weakness. Bala fails to tell anything to Raman. He wants to find an evidence against Ishita and then reveal the truth to Raman. He tries to gather a solid proof by tracking a CCTV footage that can expose Ishita and Sahil’s relationship. Bala tries to expose Ishita’s truth that she isn’t Ishita, but an imposter.