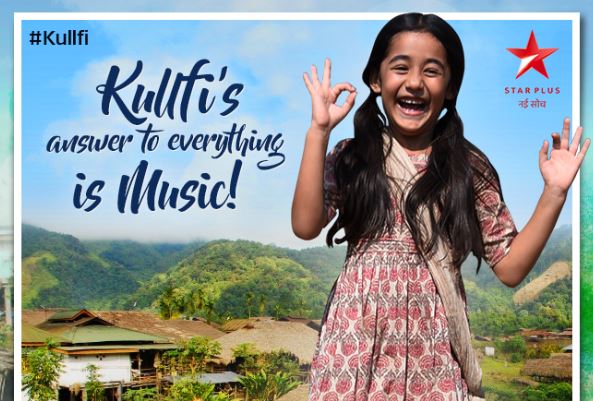 Kulfi Kumar Kumkum Bhagya Aapke Aa Jane Se: Sahil’s mum doesn’t want him to marry Vedika. She opposes his decision. She knows Sahil is young and wants to take his own decisions, but she tells him that she can’t support him. She doesn’t like Vedika. She wants him to marry someone else. He just wants to marry Vedika. They have an argument. She tries to emotionally blackmail him. She tries to commit suicide. She comes up with a fake drama to convince him for marrying the girl of her choice. Sahil runs to her, knowing she is risking her life. He gets worried for his mum.

Kulfi Kumar Bajewala:
Kulfi regains her voice after Sikandar’s big risk of his life. Music brings Kulfi back to her happiness. Kulfi sings a song with Sikandar in the round and wins it. She proceeds towards the pre-finals. Amyra gets selected as the finalist along with Akash. Kulfi and her group don’t clear the final round, where they switch the style with other contestants. Kulfi is asked to sing a rap like Amyra sings. Kulfi doesn’t sing the rap well and loses out after trying a lot. Amyra sings an emotional song in Kulfi’s style. Amyra performs well and makes a place in the finale round. Amyra defeats Kulfi and makes her way towards victory. Amyra’s emotions connects with the judges. Kulfi cries that she has lost. A miracle will happen and Kulfi will make a wild entry in the competition again, just before the finals.

Kumkum Bhagya:
Rhea hates Prachi, but is indebted to Prachi’s mum for freeing her from the police. Pragya explains that Prachi’s dad was good, but she got separated from because of the situational problems. Prachi wants her parents to reconcile if possible. Abhi wants to apologize to Prachi and her mum by meeting personally. Rhea doesn’t want to apologize to Prachi. Abhi and Pragya have hits and misses. They don’t meet even when Pragya hears his voice and he gets to sense his presence.

Ghatbandhan:
Raghu and Dhanak save many lives from the bomb incident. Raghu gets worried seeing her fallen unconscious. He gets her to consciousness by confessing his love for her. Raghu and Dhanak survive the big threat on their lives. They have a moment of faith and love. They get stuck in the jungle. He tells her that he will find some way out of the jungle. Dhanak is grateful to him, since he kept his vow and didn’t give up on his goodness.